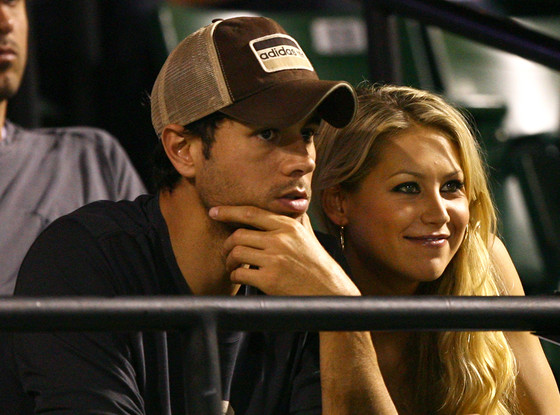 Enrique Iglesias has always been clear about his feelings on marriage: He didn’t think getting married really made a difference. He still feels the same way…sort of. «I don’t believe you need a piece of paper to show you love someone,» he exclusively tells E! Online. But when asked if he had any plans to wed, he said, «Who knows what the future holds…or the past…haha.» What? Clearly, the «Messing Around» singer is hinting at something.

We also recently noticed that his longtime partner Anna Kournikova has been sporting a large diamond ring and gold band on that finger.

We spoke to the singer as he’s currently teaming up with Verizon and is starring in their new commercial. «They approached me and presented the concept, and I was sure it would be a fun collaboration,» Enrique said. «They just recently introduced me to it (Verizon’s My App) and showed me how it gives customers complete control over their plan, which hasn’t really been done before. The new plan provides 30% more data, and has features to help prevent overages.»

This summer makes a year since Enrique’s famous drone accident, and he says his injuries have recovered well. «A little bit of scaring, but I’m pretty much fully recovered. I was fortunate enough to have a great doctor who was able to reconstruct the problem areas,» Enrique said. «That made me think about all the people who struggle much worse than this which is why I started this whole campaign with Save the Children. I wanted to help kids who go through traumas in war zones as well as in natural disasters.»

As far as his fans go, Enrique is used to them jumping on stage with him. Although due to the recent tragic events, many performers have tightened their security, the Spanish singer doesn’t feel threatened. «I do not fear my fans. I love them all. I actually feel protected around them,» Enrique said.