Ed Sheeran has given fans a preview of each song on his forthcoming album, “=” (Equals) via 14 YouTube Shorts ahead of its official release this Friday.

According to the announcement, the 14 Shorts “encapsulate the very personal journey of Sheeran’s album – four-years-in-the-making – with each one bringing to life the intimate and everyday moments that are reflected in the songs. From stepping into an ice bath in ‘Shivers,’ to having a solo dance party in ‘Be Right Now,’ to taking an outdoor shower in ‘Stop The Rain,’ playing a mini ukulele in ‘Sandman,’ and simply hanging out with his family at home in ‘First Times,’ Sheeran is giving fans a short, intimate look into what each song on ‘=’ means to him.”

“I had a really fun day shooting my YouTube Shorts,” said Sheeran. “I’ve always really enjoyed the music video process, so it was fun to explore a new way of doing that by channeling each song’s theme in a unique way, while also giving you a sneak peek of the album!” 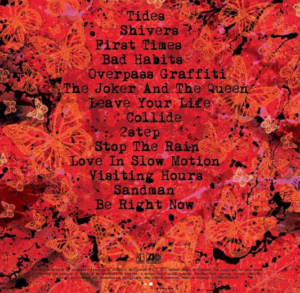 Sheeran, who announced early Sunday that he tested positive for Covid-19, is currently quarantining while continuing to promote the album, although it remains unclear whether he will be able to perform on “Saturday Night Live” on Nov. 6 — an appearance that was announced just hours before he revealed his Covid test — although a virtual performance is at least technically a possibility.

“From day one, I knew Ed and his music would have a lasting, global impact and that remains true today,” said Lyor Cohen, global head of music at YouTube. “Ed Sheeran is a storyteller and I am so stoked he is using YouTube Shorts to give his fans an audio and visual preview of his incredibly powerful new album. This is going to be an unforgettable moment.”