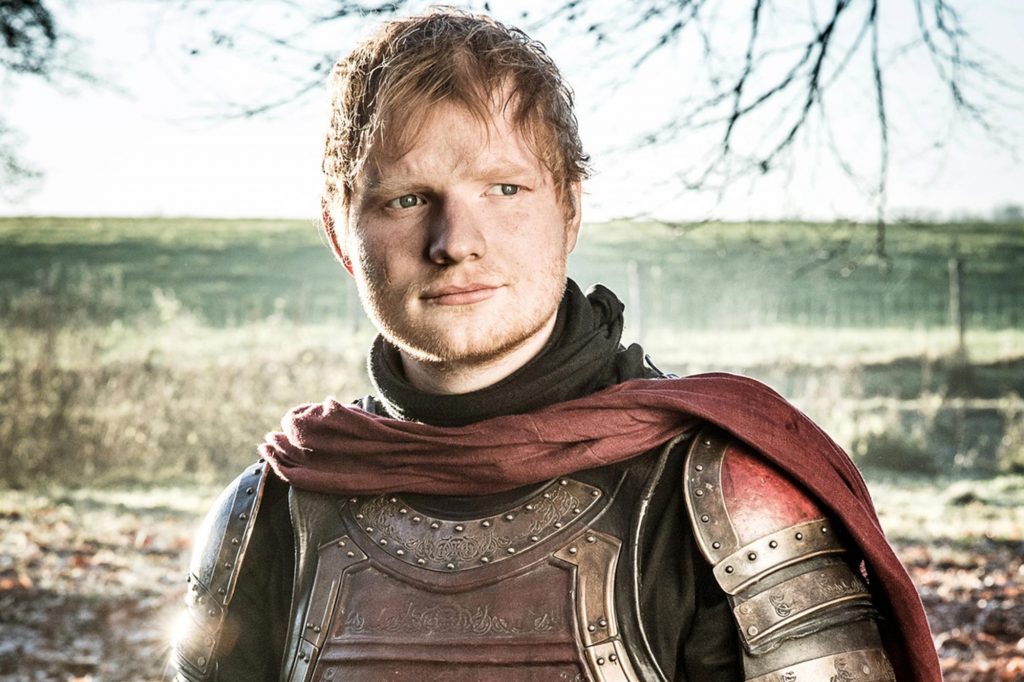 The singer-songwriter deleted his Twitter account not long after HBO’s Game of Thrones fans mocked his cameo in the Season 7 premiere. Sheeran, 26, has yet to explain why his account vanished, but the timing is curious: its disappearance occurred less than 24 hours after he appeared on the series. He guest-starred as a Lannister soldier, who sang a campfire song and offered Arya Stark (Maisie Williams) some grilled rabbit. (The actress is a fan of his in real life.)

Last month, the «Shape of You» singer told The Sun he had «come off Twitter completely» because of incessant cyber-bullying. «I can’t read it. I go on it and there’s nothing but people saying mean things,» he shared. «One comment ruins your day. But that’s why I’ve come off it.»

Sheeran—who went on a self-imposed social media hiatus before recording his album Divide—later clarified his quotes via Instagram, writing, «I haven’t quit anything. I’m just not reading anything, except Harry Potter.» Days later, during an appearance on Today, he told Matt Lauer why he stopped looking at Twitter. «They made such a big deal about this. I got asked in an interview if I read negative things. I was like, ‘I don’t even go on Twitter and read ‘em.’ It’s not like I’ve quit it; I still post on Instagram and it goes to Twitter. I’m just not going to wake up and read something and be like, ‘Ugh, well that’s rude.’ I don’t want to choose to do that anymore.»

The singer, who is on a worldwide tour, will return to the small screen on a different network this fall; Sheeran announced Monday that he’ll guest star in an episode of Fox’s The Simpsons. «This year continues to be equally surreal and amazing,» he wrote on Instagram (which, as of this morning, is still active). «Watch out for this one, me and Lisa have a whole thing going on.»