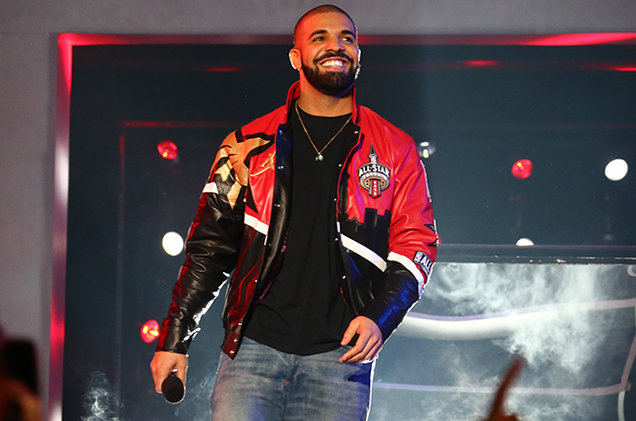 Drake’s Views enters double-digit territory at No. 1 on the Billboard 200 chart, as the album jumps 2-1 to collect a 10th nonconsecutive week atop the list. The set earned another 92,000 equivalent album units in the week ending July 14 (down 22 percent), according to Nielsen Music.

The Billboard 200 chart ranks the most popular albums of the week in the U.S. based on multi-metric consumption, which includes traditional album sales, track equivalent albums (TEA) and streaming equivalent albums (SEA). The new July 30-dated chart (where Views is No. 1) will be posted in full to Billboard’s websites on Tuesday, July 19.

Views spent its first nine weeks on the chart at No. 1, then stepped aside a week ago for Blink-182, which opened at No. 1 with California. The latter album slips to No. 3 in its second week with 37,000 units (down 80 percent).

Views’ reign at No. 1 is driven mainly by its strong popularity on streaming services. In the latest tracking frame, 58,000 of its units were powered by SEA (63 percent of the album’s total units for the week).

At No. 2 on the new Billboard 200 is ScHoolboy Q’s debuting Blank Face LP, with 74,000 units (of which 52,000 are in traditional album sales). The set also launches at No. 1 on the Top Album Sales chart, which ranks the top selling albums of the week.

Blank Face LP is the fifth album to debut at No. 2 behind the sturdy Views. It follows Red Hot Chili Peppers’ The Getaway, Nick Jonas’ Last Year Was Complicated, Dierks Bentley’s Black and Ariana Grande’s Dangerous Woman. (The latter four titles all peaked in their debut week, blocked from the top slot by Views.)

Twenty One Pilots’ Blurryface rises 5-4 on the new chart with 36,000 units (down 5 percent), while the original Broadway cast recording of Hamilton jumps 8-5 with 35,000 units (up 10 percent). The latter likely gains courtesy of news coverage generated by the departure of some of the show’s cast members during the tracking week. On July 9, Lin-Manuel Miranda, Leslie Odom, Jr. and Phillipa Soo took their final bows. TheHamilton album was up in traditional album sales (both physical and digital — 31 percent and 3 percent, respectively), streaming equivalent albums (3 percent), and track equivalent albums (9 percent). In addition, Miranda performed on NBC’s Today on July 11 with Jennifer Lopez, singing their charity single «Love Make the World Go Round» (which is not part of the Hamilton album).

Rock band Chevelle collects its fourth top 10 album as The North Corridor debuts at No. 8 with nearly 33,000 units (of which 31,000 were in pure album sales). It follows the group’s 2014 effort La Gargola, which debuted and peaked at No. 3 (the act’s highest charting album ever) with 45,000 copies sold in its opening frame.

The new album is supported by the single “Joyride (Omen),” which peaked at No. 4 on the Mainstream Rock Songs airplay chart — the band’s 14th top 10 single on the tally.