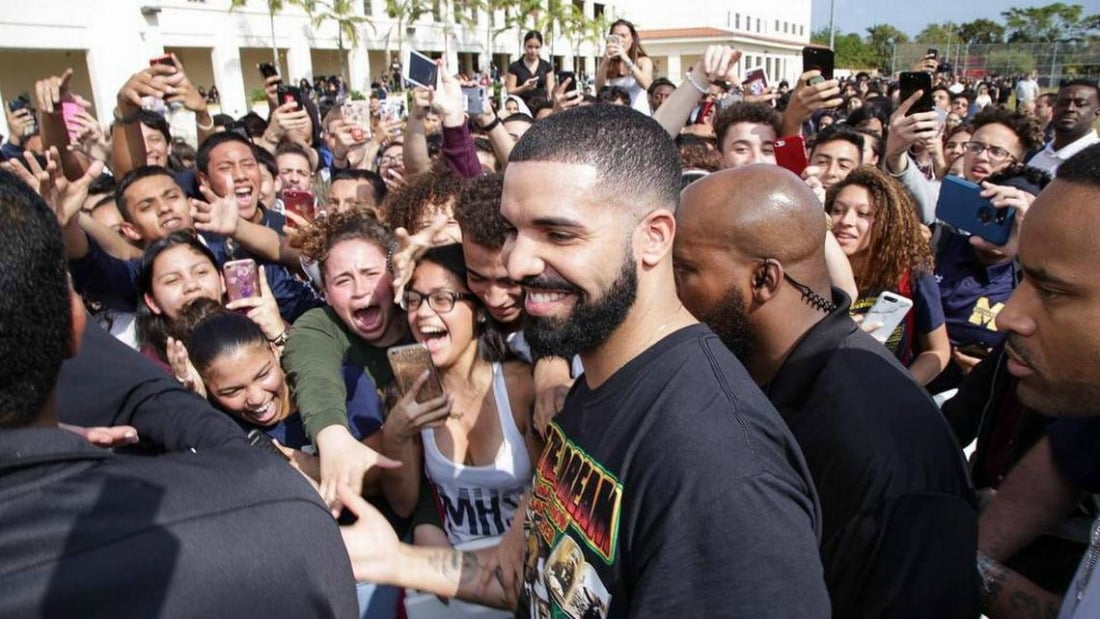 Drake’s “God’s Plan” completes a coup of hitting No. 1 on four R&B/hip-hop-leaning airplay charts in record time, becoming the first song ever to hit No. 1 on Rhythmic Songs, R&B/Hip-Hop Airplay, Mainstream R&B/Hip-Hop and Rap Airplayin five weeks or less.

The track hikes 2-1 on both the Rhythmic Songs and R&B/Hip-Hop Airplay charts (dated March 3), with gains of 18 percent in plays and 19 percent in radio audience, respectively, in the week ending Feb. 25, according to Nielsen Music.

In addition to its new dual coronation, “Plan” wins a second week atop the plays-based Mainstream R&B/Hip-Hop chart and audience-driven Rap Airplay chart, improving 18 percent on each.

While Drake rules Rhythmic Songs, two tracks from Black Panther: The Album roar into the chart’s top 10. The Kendrick Lamar and SZA collaboration “All the Stars” leads the pair, shooting 11-5 in its seventh charting week with a 16 percent gain in plays in the week ending Feb. 25, according to Nielsen Music. Plus, “Pray for Me,” a Lamar tune with The Weeknd, darts 12-7 and picks up a 23 percent spike in spins for the tracking week.

As the Panther cuts scale the chart, SZA adds a second top 10 on Rhythmic Songs to her resume. Her “Love Galore,” featuring Travis Scott, reached No. 3 last October. The Weeknd, meanwhile, grabs his 13th.

And thanks to his double duty, Lamar collects his 11th and 12th top 10s on the chart.