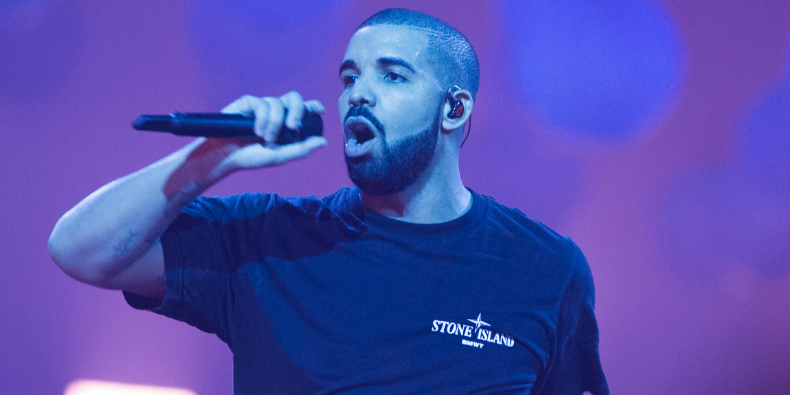 Drake fans are always wanting more. Even after releasing More Life earlier this year, demand is still high for new tunes and with any luck that wait won’t be too long, as the superstar rapper is in the midst of prepping a follow up.

During his recent OVO Fest set on Toronto, Drake teased he would be returning to his beloved city to continue fine tuning his “new album.” Months later, indications of Drizzy spending countless hours in the studio began to appear online and lead many of his fans to believe that we are merely one tweet away from listening to his latest offering.

With a possible project looming before 2017’s end, we revisited his catalog to comb through some of his best work. While there are a treasure trove of gems to choose from, after much deliberation we whittled our list down to the 15 most impressive Drake songs to date.

As a former successful child star, Drake rightfully deserves a lot of the criticism spewed his way. But, with the flack came “Energy” — proof that Drizzy can indeed put his melodic rhymes to rest and come straight for the necks of his naysayers. It is both a battle-cry and warning that can easily conjure one to break everything in sight.

One thing’s for certain: Drake raps about success, a lot. But “Successful,” one of the key tracks from So Far Gone, is by far Drizzy’s ultimate aspirational anthem. Considering the plethora of songs which encapsulate the hustle, the grind, or means to an end, the track was a moment of oddly plain and brilliant honesty: “I just wanna be, I just wanna be suc-cess-ful.”

One of the keys to Drake’s appeal is his ability to internalize his life and make it relatable. Never did he do it as quickly as he did on «Fear» — a song that captured the moment he was living in. Drake’s dreams were coming true but the future remained uncertain and like the artwork for the song suggests, it’s easy to drown in newfound success (or get buried alive). Without a doubt, «Fear» proved to be a Drake song we couldn’t live without.

With gated drums enveloping the background, both JAY-Z and Drake go off the handle with extended verses. JAY drops gems for the burgeoning emcee with lines like: “Here’s how they gon’ come at you/ With silly rap feuds tryin’ to distract you/ In disguise, in the form of a favor.» Hov obviously spoke from experience, but the irony is, before long Lil Wayne and JAY were sending subs back and forth and Drake was taking aim at his highness. Politics as usual.

Drake is an expert at seamlessly weaving the pleasures and pains of fame and success into one cohesive narrative. Over the weepy, nostalgic Jon B. sample on «Cameras,» he does exactly that, telling an insecure lady friend: «You just know what you get told, you don’t see behind the scenes.» It’s a plea for the nameless woman he’s addressing to not succumb to the manipulation of the media and gossip.

If there’s anything that Drake does undoubtedly well, it’s boosting his ownconfidence. The bars here are appropriately aspirational and tinged with bravado: “I want Saudi money, I want art money/ I want women to cry and pout their heart for me/ And tell me how much they hate it when they apart from me.”

Long thought to be a romantic duo, Drake and Rihanna delivered a duet for the ages in the midst of their rumored love affair. The record finds both artists discussing their need for trust, loyalty and safety in one another. While the flame may have dimmed out between them, this sweet pairing makes for an incredible emotional appeal.

Everyone, rich or poor, must reckon with the fact that death is imminent. Drake has been questioning the burdens of his newfound celebrity for years, but it is here, on the first track off his surprise If You’re Reading This It’s Too Late mixtape, that he ponders this scenario with the sincerity that it deserves.

In a world where Popcaan’s verse never existed, “Controlla” could rightfully stand on Drake’s hook alone as he bemoans the love of his life. But, the sun-dappled track has all the makings of a hit with its unruly guest spot. Speaking on how he would cry, lie and die for a woman, the record carries a sheen fitting for an affair in the heat of many summers past.

Drizzy’s calculated rise to the top of the charts serves as the main theme of «Underground Kings» as he looks back on his mixtape days (and yes, those Acura days too). If there’s one thing that he’s never lacked, it’s confidence in himself and few songs in his catalog tackle his ascent like he does here. Plus, nowhere else do you get to hear the hilarious but addictive vocal inflection that he does when he spits «I’m getting back to my ways.»

Drake’s oftentimes questionable practice of discovering artists he likes and appropriating their likeness couldn’t have been better exemplified than with this track. “Too Much” literally pulls from a Sampha record in its entirety and spins the already sobering track into even more of a heart-wrenching listen.

While Drake is very much a Canadian, the lyricist was way ahead of the curve in 2009 with his take on the chopped-up (never slopped up) sound of Houston. With «Uptown” Drizzy tapped into the less drug-infused side of Southern rap. The organ-backed record finds Drake experimenting with a syrup-slow flow assisted by Bun B’s gruff delivery and a solid verse by Wayne. It’s also hard not to bop along to the chorus in which Drake heeds a fair warning: “It’s okay, you can run and tell my city I’m on.”

Drake’s ode to his mother and uncle belongs in the same pantheon of gratitude heavy rap classics like “Hey Mama.” The introspective record finds the Toronto native being terribly honest about the ups and downs of both relationships, which makes it even more touching. By the time his grandmother’s voicemail comes in while the song fades out, you’re in the midst of a serious emotional overload. The brutal honesty in «LWYHD» makes the record one of the best Drake songs ever.

Last name ever, first name greatest.» With that line, Drake introduced his ubiquitous flow to the world on a song ostensibly about LeBron James. While “Forever” featured three of the biggest names in rap, Drizzy managed to tote his confidence seemingly unwavered. Over the blaring horns of Boi-1da’s production, Drake reaffirmed his hunger for more to the masses that barely gave So Far Gonean earshot of a listen.

Long before Drake became a household name, the rapper formally introduced himself with “Best I Ever Had.” The melody works on a variety of levels, but first and foremost it functions as a singularly perfect pop song with caption-worthy one-liners like: “Sweatpants, hair-tied chilling with no makeup on.” And, it arrived at a stage early enough in Drizzy’s catalogue for fans to feel that he was not too far removed from portraying the token Black guy on Degrassi.