They’re from the singer’s latest collab with Fenty.

Drake posted a photo on Instagram this week that contains a down low tribute to his ex-girlfriend Rihanna.

In the pic, Drake is casually sprawled across his couch while not-so-subtly flaunting Rihanna’s «Fenty for Stance» socks that feature full-length stitchwork of RiRi’s likeness. Further adding to the brilliant complexity, on the sock Rihanna’s wearing the outfit that she donned in the first part of her and Drake’s «Work» music video.

The «One Dance» singer adds another ode to his and Rihanna’s past by captioning the photo «Trabajo» which translates to «Work» in Spanish.

The two had been on and off again since 2010 until finally calling quits in October 2016. 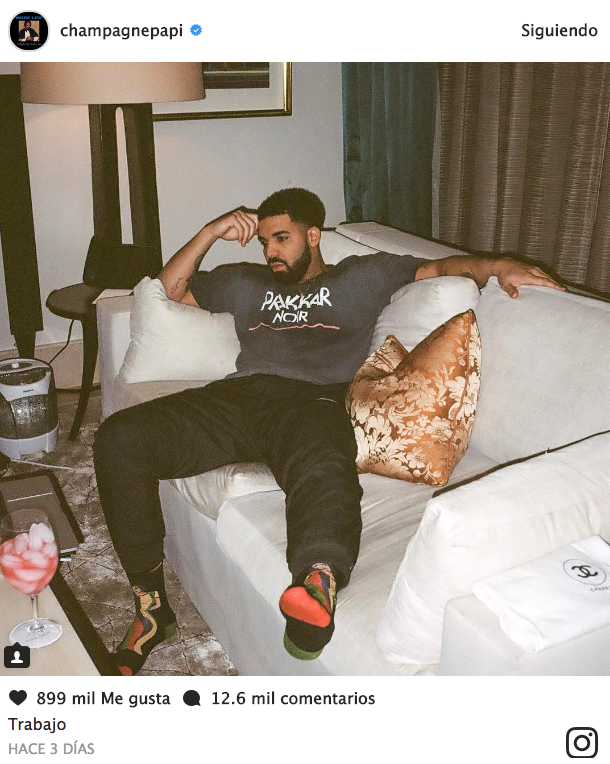 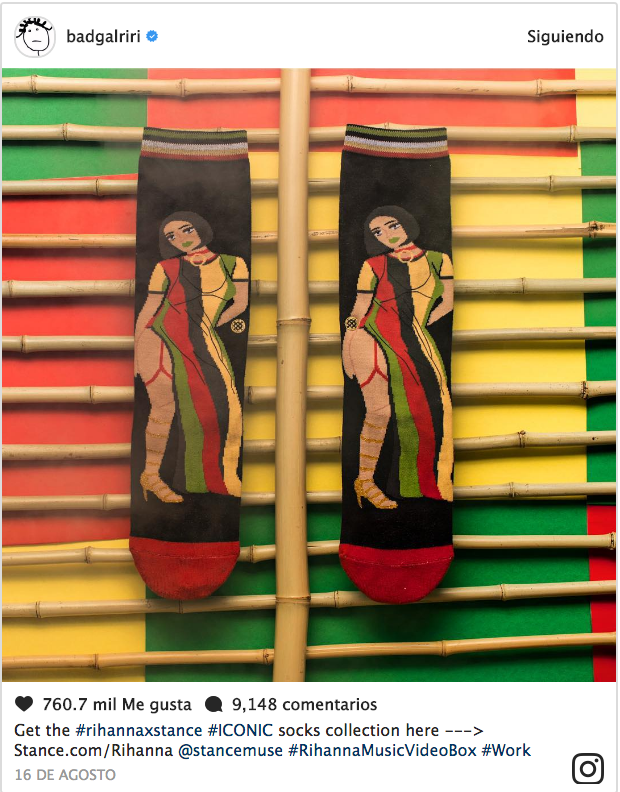