Drake is nothing if not prolific. The Canadian superstar, who is still dominating radio with multiple songs from More Life and a slew of features, is releasing a new track tomorrow (June 22). “Signs” was inspired by Louis Vuitton’s new collection and is expected to premiere during their Spring-Summer 2018 show, which is being held at the Domaine du Palais Royal in Paris. You can livestream it here from 8:30 am ET. If the cover art is anything to go by, Drizzy’s latest could have a tropical flourish.

The hitmaker’s latest project — not an album or a mixtape, but a “playlist of all original music” — arrived in March after months of speculation. More Life has already generated four hits (“Passionfruit,” “Free Smoke,” “Portland” and “Glow”) with more to come. He has also charted with features on Nicki Minaj’s “No Frauds” and DJ Khaled’s “To The Max.” Drake isn’t known for resting on his laurels for too long, so don’t be surprised if he drops something new before the end of the year. See his announcement below. 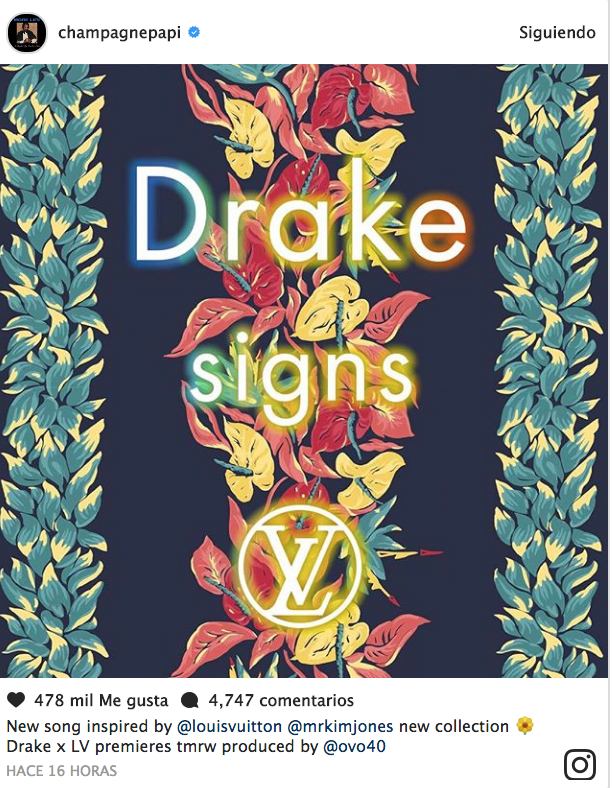