DJ Snake fans have hit the home stretch in their wait for his debut album’s release.

The French artist took to Twitter today (July 11) to reveal that his first LP ‘Encore’ will be released on Aug. 5. See the tweet and artwork below: 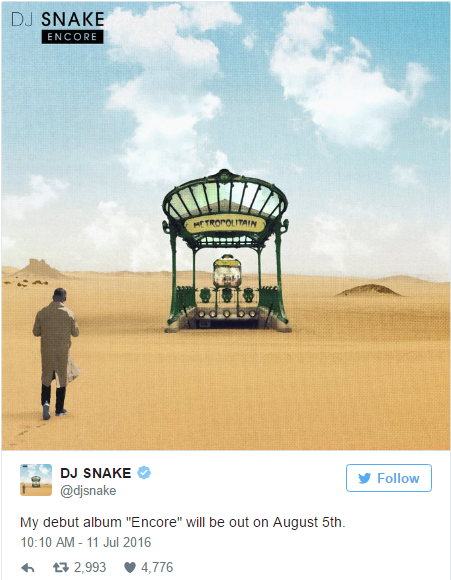 DJ Snake also posted a shot of the album’s iTunes tracklist to Snapchat, revealing some of the fourteen-track outing’s collaborators like Skrillex and Yellow Claw (while keeping others under wraps). 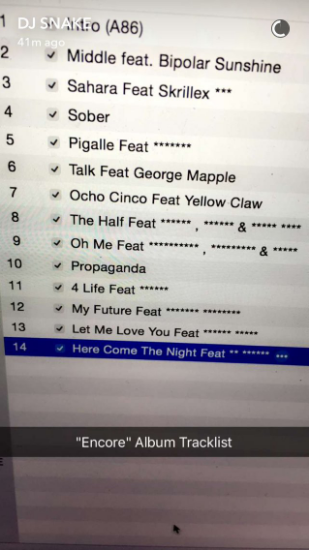