DJ Khaled is bringing out the big guns for his 10th LP. The rapper has already teamed up with Beyonce and Jay Z (“Shining”), Justin Bieber (“I’m The One”) and Drake (“To The Max”). You can now add Rihanna and Bryson Tiller to the star-studded tracklist of Grateful, which drops June 23. According to rumors, they feature on a track called “Wild Love.” The song and video are already in the can. The major key-sharing producer shared a series of pics from the video shoot and they show RiRi rocking floral tights and a see-through pink top.

This could be the “new music” Radio 1 DJ Nick Grimshaw recently mentioned in an interview. After all, it seems a little quick to move on to a new era when ANTI is still fresh in everyone’s mind. Not that she plans to take a break. Since dropping her 8th LP, Rihanna has kept busy with TV and film roles as well as a string of features including Mike WiLL Made It’s “Nothing Is Promised,” Future’s “Selfish” and Kendrick Lamar’s “LOYALTY.” Check out pics from her latest video shoot below. 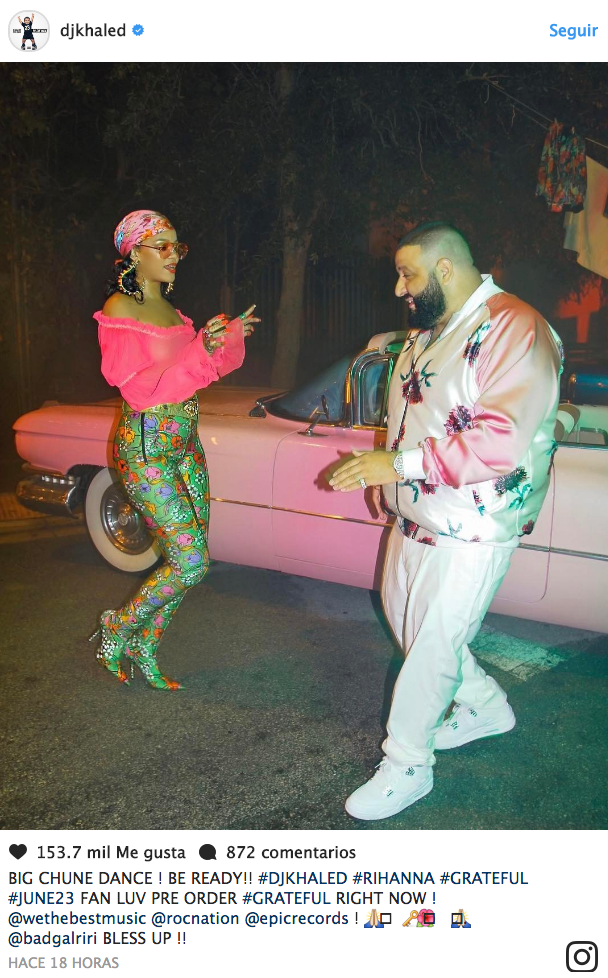