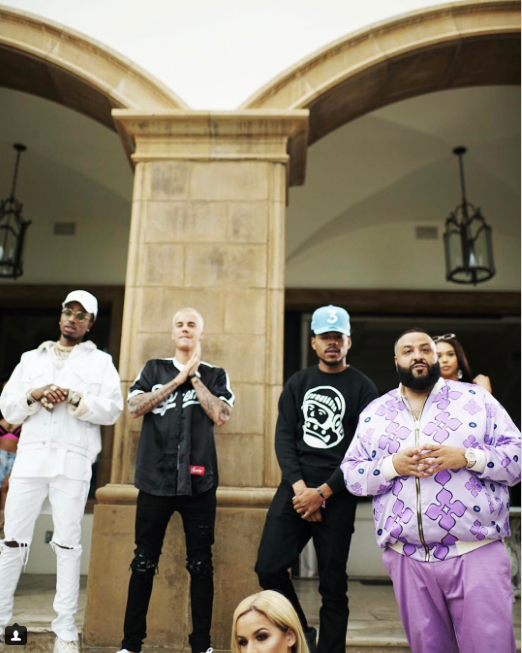 Looks like DJ Khaled has a new squad for an upcoming album, and it’s definitely major key.

The posts ask his fans to keep the album and the preceding music video “top secret” and promises that information will be released soon through more pictures. (We promise to stay quiet.)

Bieber himself also posted a pic with «Bad and Boujee» trio Migos.