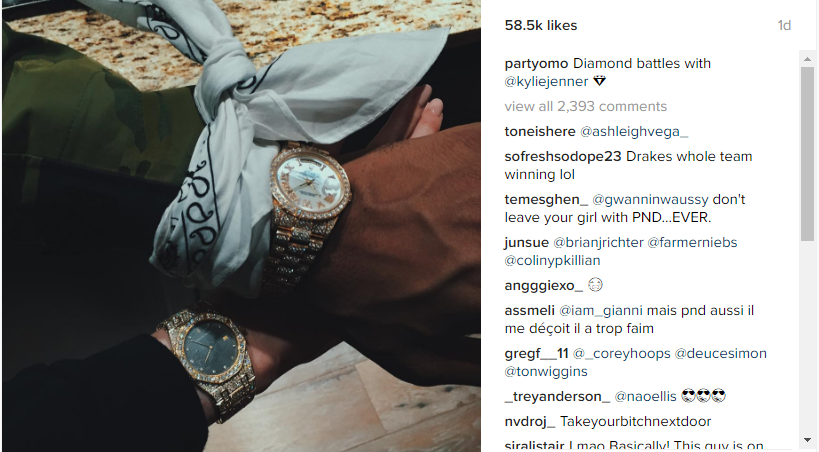 Rumors have been circulating around Kylie Jenner and her alleged romance with OVO rapper PartyNextDoor over the last few months, and she just added some major fuel to the fire…

After starring in her ex-boyfriend Tyga’s «Stimulated» music video a year ago, the 18-year-old has become a video vixen yet again—this time for her new rumored beau.

Kylie plays the leading lady in the video—which premiered on the Snapchat Discover page on Thursday—for «Come and See Me,» surrounding the story about a guy who is constantly making his love interest visit him at all hours of the night.

The Keeping Up With the Kardashians star is seen waiting by her phone to hear from PND, who is at a party with his «crew» which consists of Big Sean and even Khloe Kardashian.

But just as Kylie is getting ready to go meet her beau—even putting on her famous pout withKylie Cosmetics lipsticks—there’s a happy ending: he appears at her door, and they share a steamy makeout sesh…in the rain, of course!

While this doesn’t necessarily confirm they are a couple, it definitely got everyone talking even more about their newly sparked romance.

A source told E! News exclusively last week that there’s simply no title on it yet.  «Kylie and PND are still dating,» the insider explained. «They are super attracted to each other. Kylie is really into PND, and it’s taken her mind completely off Tyga. Kylie is happy right now, she feels very drama free without the constant arguing with Tyga. It was always so up and down and with PND it’s very laid back. She likes that a lot.»