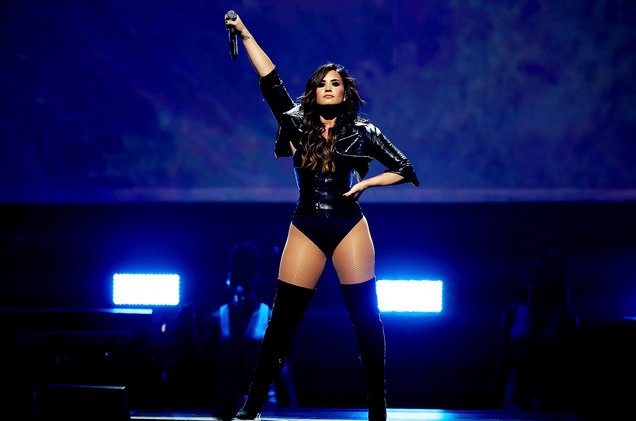 Demi Lovato isn’t one to shy away from discussing mental health issues and now, the «Be Vocal» ambassador has another accomplishment she can be proud of. In a CBS News Sunday Morning interview with Tracy Smith set to air this weekend, Lovato reveals her newest endeavor: co-ownership of the CAST Centers in West Hollywood, California, where she received treatment more than a half decade ago.

The “Body Say” singer sought treatment in 2011 at the CAST Centers for help with depression, bulimia and substance abuse after pulling herself from a tour with the Jonas Brothers the year prior. She has since used her experience and star status to advocate for mental health.

«Yeah, I was a nightmare,» she tells Smith of her time in the facility during the new interview. «I would say … the word that I want to say, but it’s so inappropriate that I can’t. And this will be on a Sunday morning, so I’m not going to say it!»

Lovato, who’s now on tour with Nick Jonas, is looking to use her platform to do more as an advocate. The 24-year old reveals to Smith the promise she made with God: «If you make me a singer one day, I’m going to use my voice for so much more than singing, and I’m going to help people with it.»

Demi Lovato’s interview will air at Sunday Sept. 11 at 9 a.m on CBS. 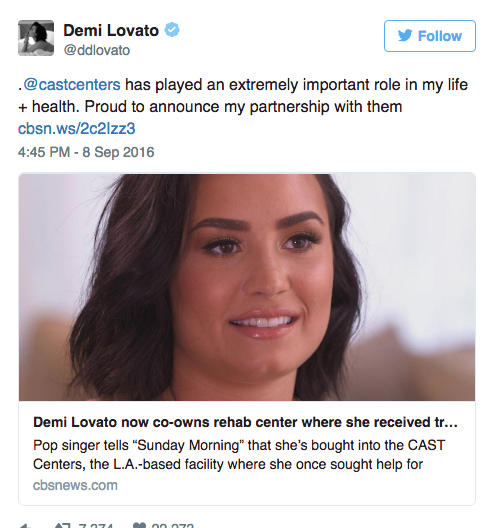