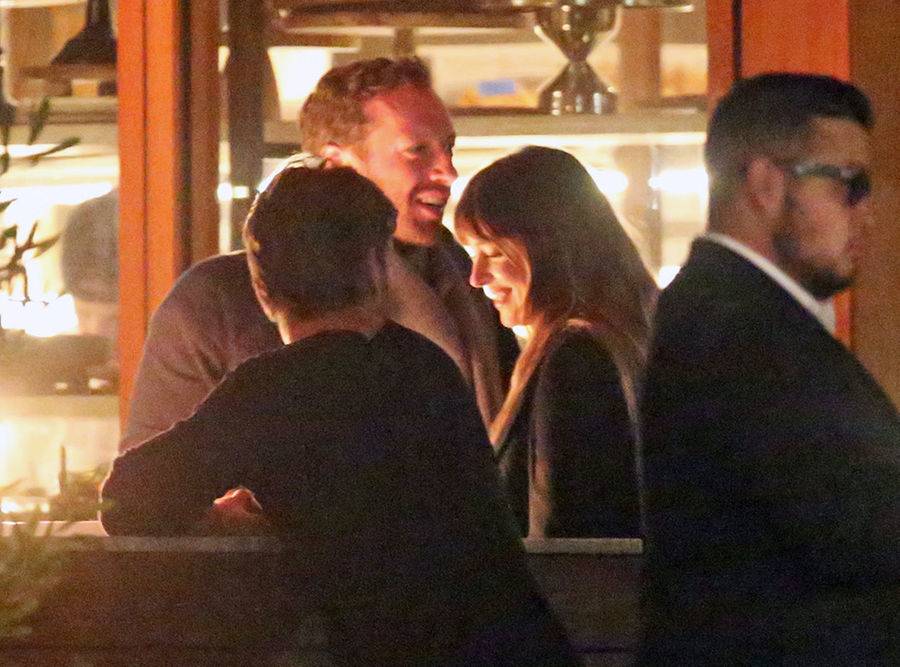 These two are practically beaming!

Dakota Johnson and Christ Martin were spotted in Malibu on Saturday, enjoying a romantic date night. The elusive couple have been dating for several months, but have managed to avoid being photographed together until now.

Johnson and Martin can be seen laughing and smiling in the photo, enjoying a moment together surrounded by a warm glow of lights.

The pair spent about two hours enjoying dinner and drinks at Soho House, and arrived and left together in Martin’s car.

In December, a source told ET that Johnson, 28, and Martin, 40 had been dating for at least two months.

«They’ve been dating since early October and spend most nights hanging out at his house and laying low,» the source shared. «His friends already love her and see how happy she makes him.»

Rumors began when the two were spotted at a Nick Cave concert in Israel in November, according to multiple reports.

Martin has dated Jennifer Lawrence and actress Annabelle Wallis, since «consciously uncoupling» with Gwyneth Paltrow, with whom he shares 13-year-old daughter Apple and 11-year-old son Moses.

Paltrow meanwhile has officially confirmed her engagement to producer Brad Falchuk earlier this month, in a joint announcement with her fiance.

“We feel incredibly lucky to have come together at this juncture in our lives when our collective successes and failures can serve as building blocks for a healthy and happy relationship,” reads Paltrow and Falchuk’s statement.