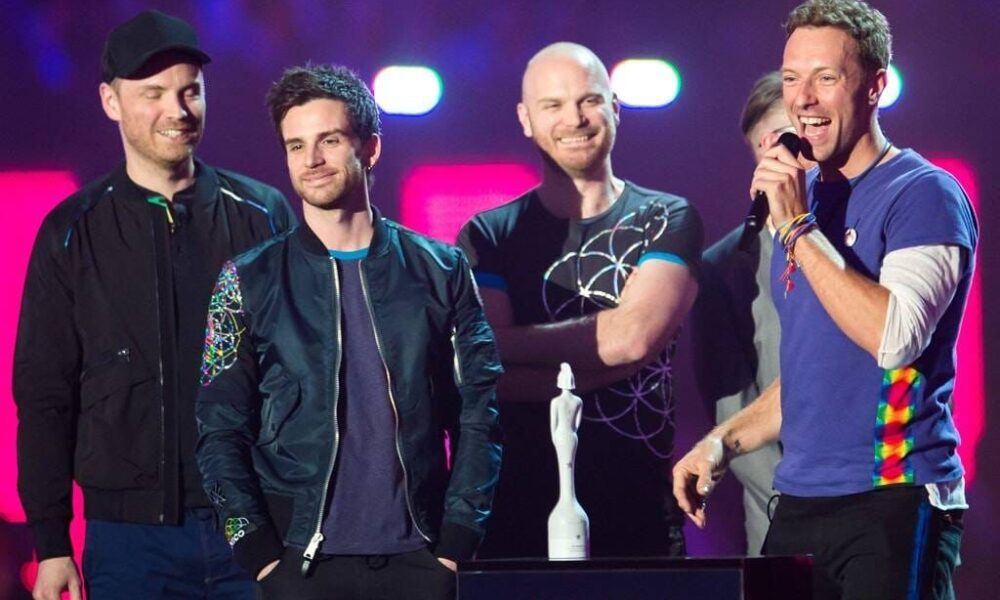 Coldplay crossed the Atlantic with renewed illusions. The English band is in the Americas to exchange music for applause and love. In Costa Rica, its members stamped their first smiles and received the first ovations at the start of a tour of good vibes and pure life that this Tuesday 22nd will touch Dominican territory, in the Olympic Stadium of Santo Domingo.

In the heat of the Dominicans, Chris Martin, Jon Buckland, Guy Berryman and Will Champion will pour sweat and songs, and will receive the ovation of a crowd that will marvel at their artistic proposal, called «Music of the Spheres World Tour».

The British group leads the audience, as they did on Friday and Saturday nights at the National Stadium of San José, where Listín Diario was present, to a formidable experience, injecting a musical frenzy that spans from the genesis of «Yellow», from their debut album «Parachutes» (year 2000), to the songs of their renewed repertoire compiled in the album «Music of the Spheres».

Few concerts are seen in the land of merengue and bachata and dembow with such a spectacular visual and with a premium band of international pop and rock, right now the most powerful.

It is a luxury to have Coldplay on stage, which this time in its world tour, environmentally friendly, gave the Dominican Republic the privilege of scheduling a show for the first time in its two decades of existence.

The current tour consists of 52 shows: 17 in Latin America, 12 in North America and 23 in Europe.

In addition to their songs, the «coloratura» and the charisma of the vocalist, Chris Martin, the show rests its magic in the arms of the fans through luminous bracelets that become the amazing part of the night by being an integral part of every moment.

The visual of the Costa Rican stadium, with those bracelets of LED lights, generated a perfect, unique, special sensory connection between band and audience every time they turned on or changed colors, depending on the rhythm, whether it was pop, rock or ballad.

A long corridor in the very center of the stage that connects to the main stage (which is not roofed) brings the four fantastic musicians closer to each other. Those present have in this model better angles to appreciate them.

Two large round screens at the ends and an oval one behind the stage also contribute to appreciate the details because they focus on the protagonists and not on filling them with extra images or offstage.

Coldplay’s musical combination goes like a wave over the crowd that for the two decades of validity already gathers two generations, between adults and young people. Interestingly, they also attract children and many teenagers.

The powerful song «Higher Power» gave the pistol to the race of emotions that never stops until reaching the goal of ecstasy.

Along the way, the temperature rises and the musicians bring the collective climax with a series of Coldplay signature songs, including «Feel my Heart», «Paradise», «Scientist» and «Viva la vida».

It also includes «My Universe,» the surprise recording with Korean group BTS.

One of the most charming moments is when Martin invites his fans to turn off their cell phones, contemplate the sky full of stars and sing «A Sky Full Of Stars» with him.

In both Costa Rica and Santo Domingo the production is by Dominican businessman Saymon Diaz, who walked through the crowd at the Tico stadium, checking the band’s greatness and that the logistics set up by him, Jose Chabebe and the entire SD Concerts team were as planned.

For the show on Tuesday 22nd at the Olympic Stadium in Santo Domingo, the venue is set for 33 thousand people.