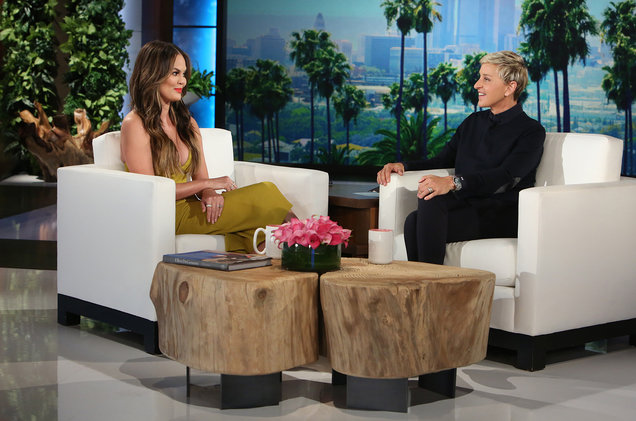 Like she does in her Twitter timeline, Chrissy Teigen kept it real during a recent visit to The Ellen DeGeneres Show. The Lip Sync Battle host, supermodel, cookbook author, new mom and wife to singer John Legend said she recently moved into the home of pop’s baddest gal.

«It actually used to be Rihanna’s house,» she said of her new abode. «I never in my life thought I would be cool enough to have a Rihanna pad ever.»

When asked if the singer left anything behind, Teigen said, «Trust me, I looked. The one fun thing that does happen every once in a while is I get a bill of hers and I really want to somehow give it back to her.» She said she almost tried to bring RiRi’s mail to the Grammys to give it to the singer, but Legend voted against it: «John said no, please don’t. You’re embarrassing me.»

DeGeneres then said opening another person’s mail is illegal, which made the unknowing Teigen blush. «This is why I can’t run for president,» she quipped.

Elsewhere in the interview, Teigen gushed about her 5-month-old baby girl Luna and discussed the importance of this year’s election. «I think it’s important to vote for the person who is not a sociopath,» offered Teigen, who co-signed Democratic nominee Hillary Clinton.

Watch the full interview below: