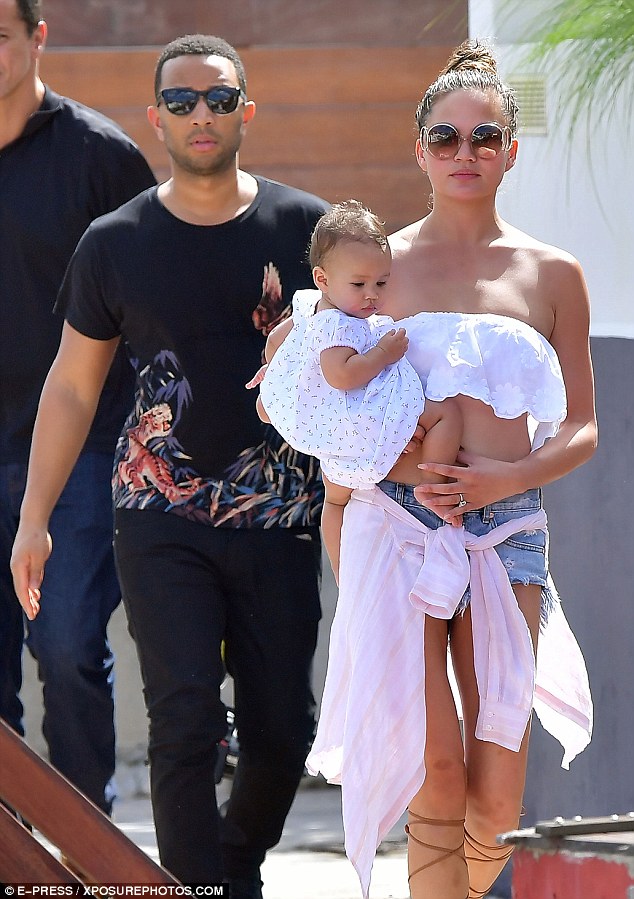 Chrissy Teigen continues to be candid with her fans in a revealing new essay she penned for Glamour magazine about her struggle with postpartum depression.

The 31-year-old model opens up about the physical and emotional changes she faced after the birth of her and husband John Legend’s daughter, Luna. «I was different than before. Getting out of bed to get to set on time was painful,» she writes of returning to co-host Lip Sync Battle. «My lower back throbbed; my shoulders, even my wrists, hurt. I didn’t have an appetite. I would go two days without a bite of food, and you know how big of a deal food is for me.»

Teigen also admits that her whole disposition changed. «One thing that really got me was just how short I was with people,» she says. «When I wasn’t in the studio, I never left the house. I mean, never. Not even a tiptoe outside. I’d ask people who came inside why they were wet. Was it raining? How would I know? I had every shade closed.»Teigen says she finally went to the doctor to get a physical because she was «so tired of being in pain, of sleeping on the couch, of waking up throughout the night, of throwing up» and «of taking things out on the wrong people.» During that doctor’s appointment, Teigen was diagnosed with postpartum depression and started taking antidepressant medication. «I just got the name of a therapist who I am planning to start seeing,» she writes. «Let’s be honest though — I probably needed therapy way before Luna!»

«I didn’t think it could happen to me. I have a great life,» she adds. «I have all the help I could need, but postpartum does not discriminate.»