You won’t be able to buy a piece of Chester Bennington’s funeral service on eBay. The auction site has pulled listings for commemorative items distributed at a private memorial for the late Linkin Park singer at the request of his family, TMZ reports. EBay says it doesn’t allow sales that “attempt to profit from tragedy.”

Bidding for one bundle of mementos—a program, a pin, a wristband, and a memorial card designed to look like a backstage pass—reportedly reached as high as $50,000. (Here’s a cached version of a listing, captured when bids were just under $35,000.)

The would-be sellers haven’t been publicly identified. According to TMZ, sources close to Bennington’s family “believe it was someone who worked with Linkin Park in production.”

Bennington died July 20 in an apparent suicide. He was 41. The private memorial service, said to have been attended by approximately 200 family and friends, was held last Saturday (July 29) in Los Angeles.

Earlier this year, eBay’s U.K. site similarly cited the rule against profiting from tragedy to crack down on resale auctions of tickets to Ariana Grande’s One Love Manchester memorial concert. 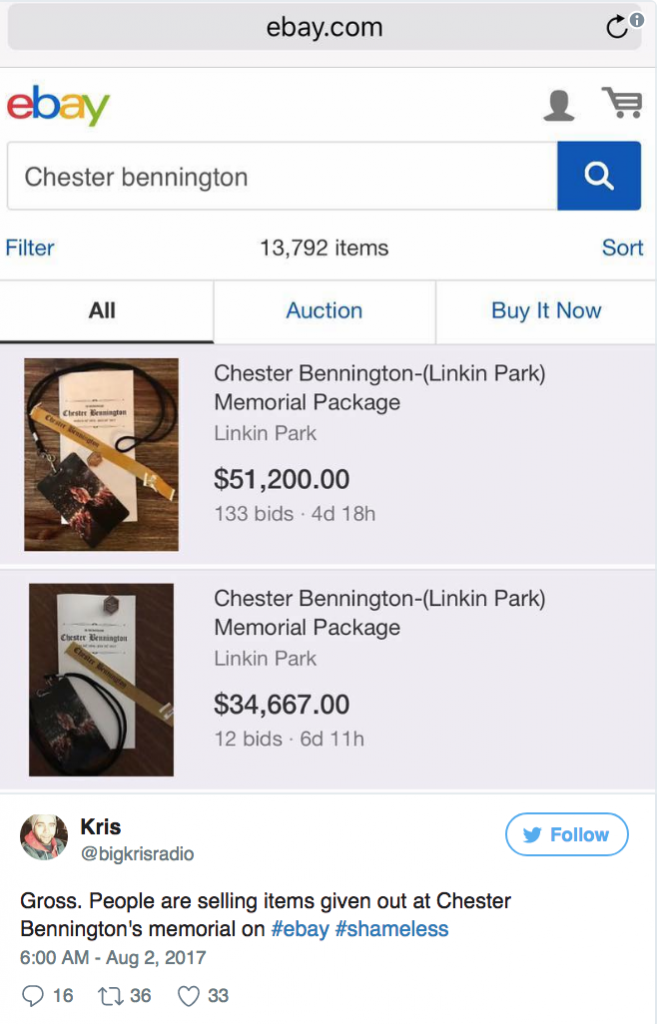