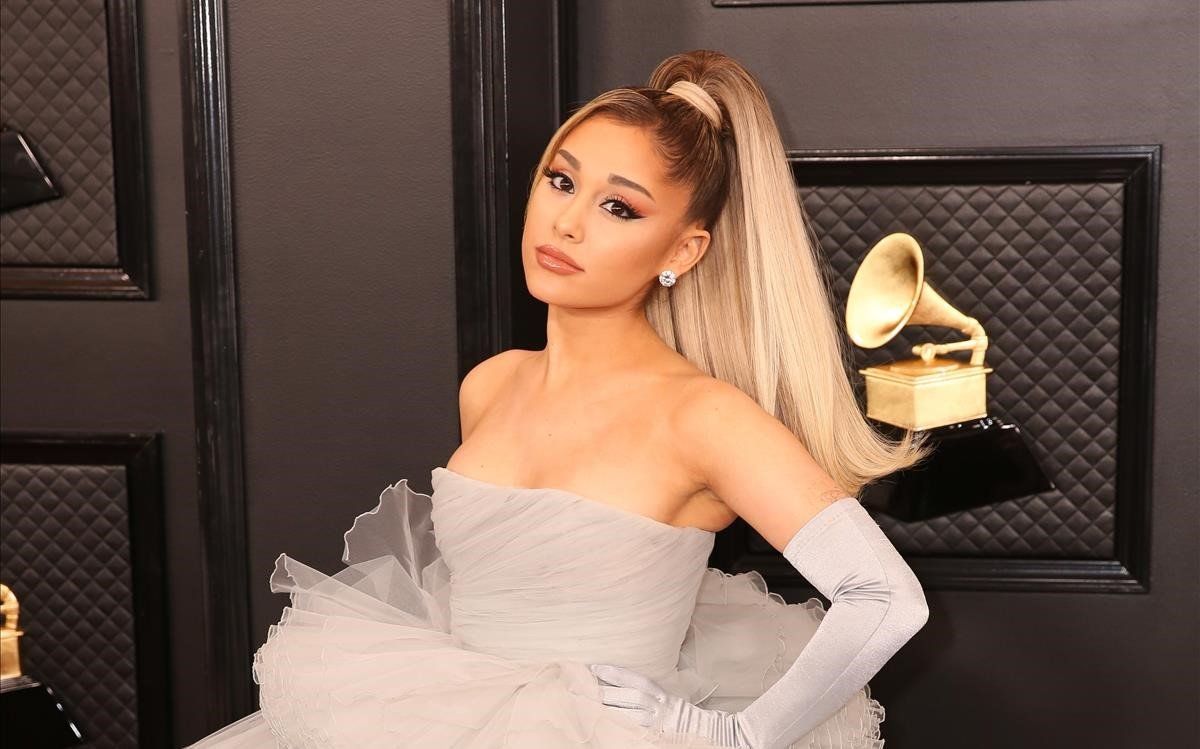 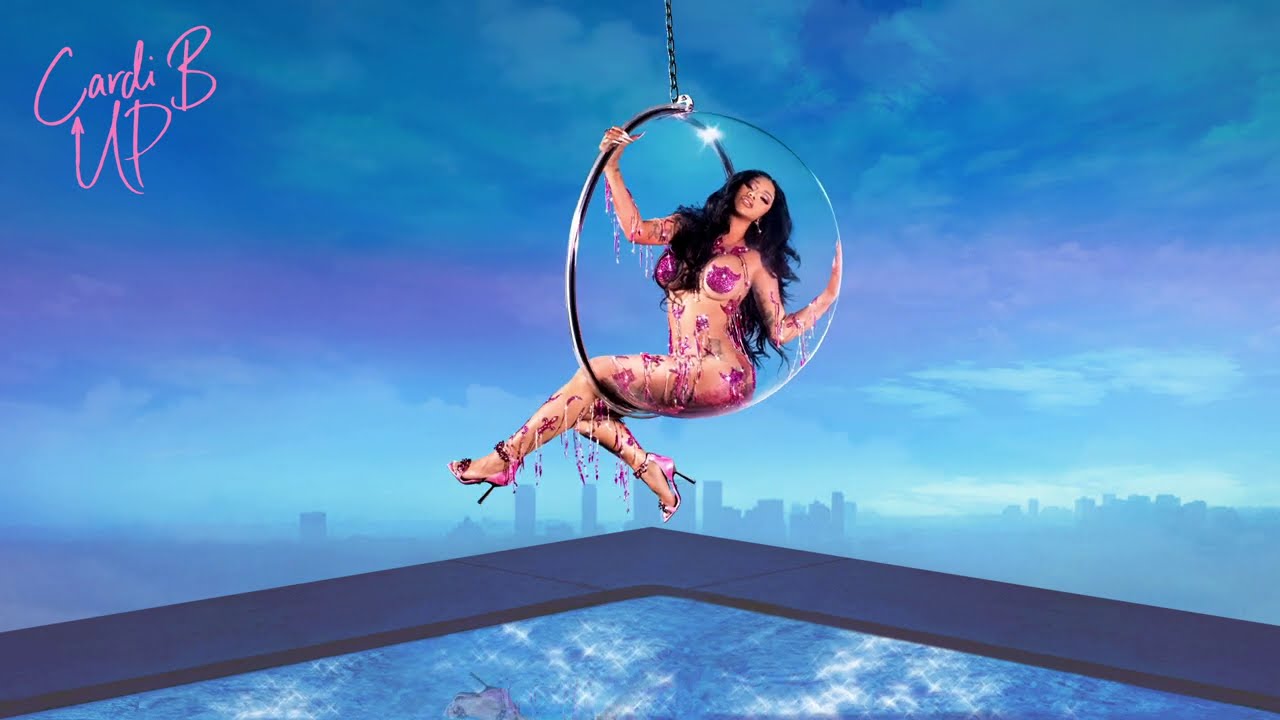 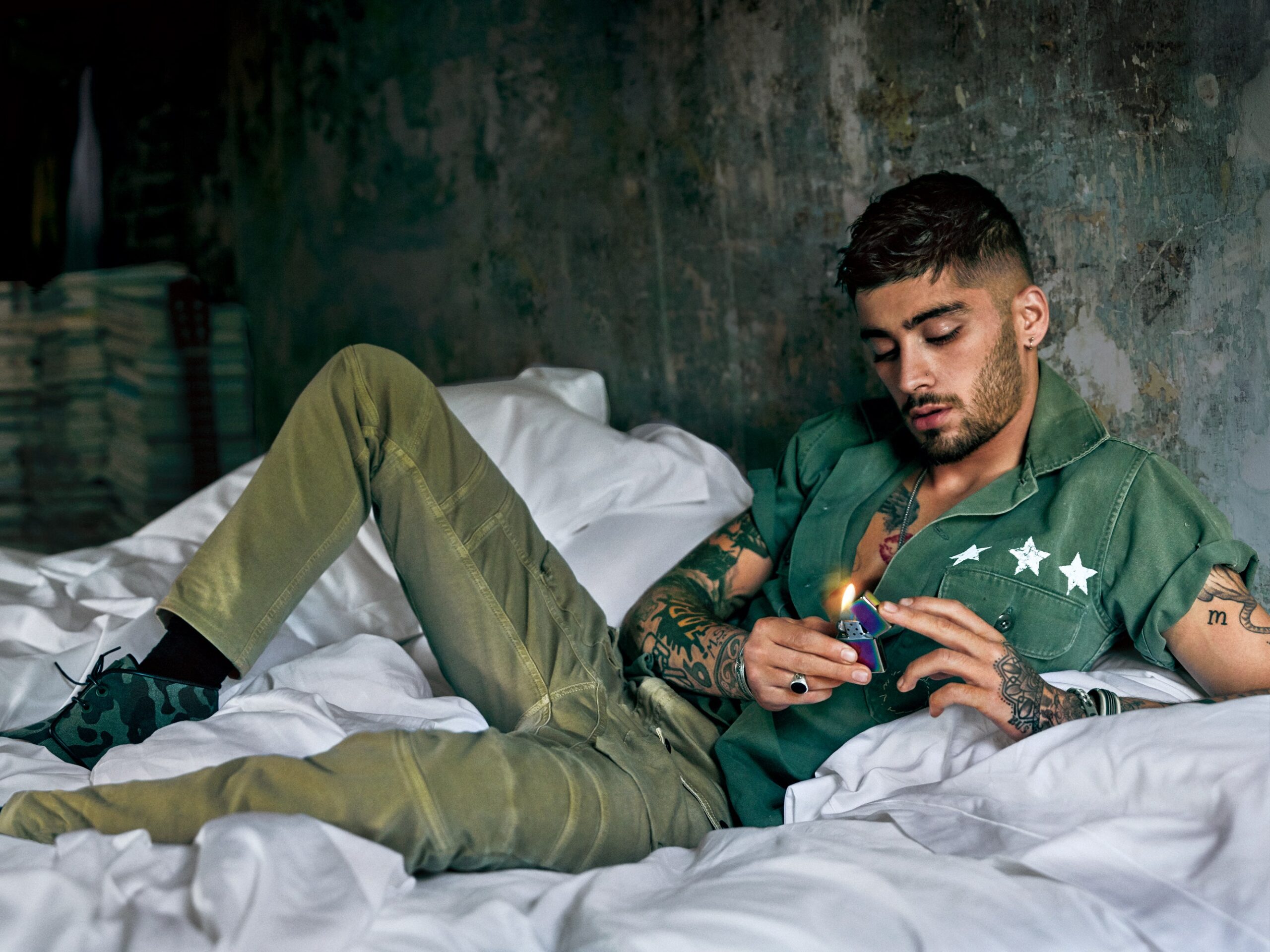 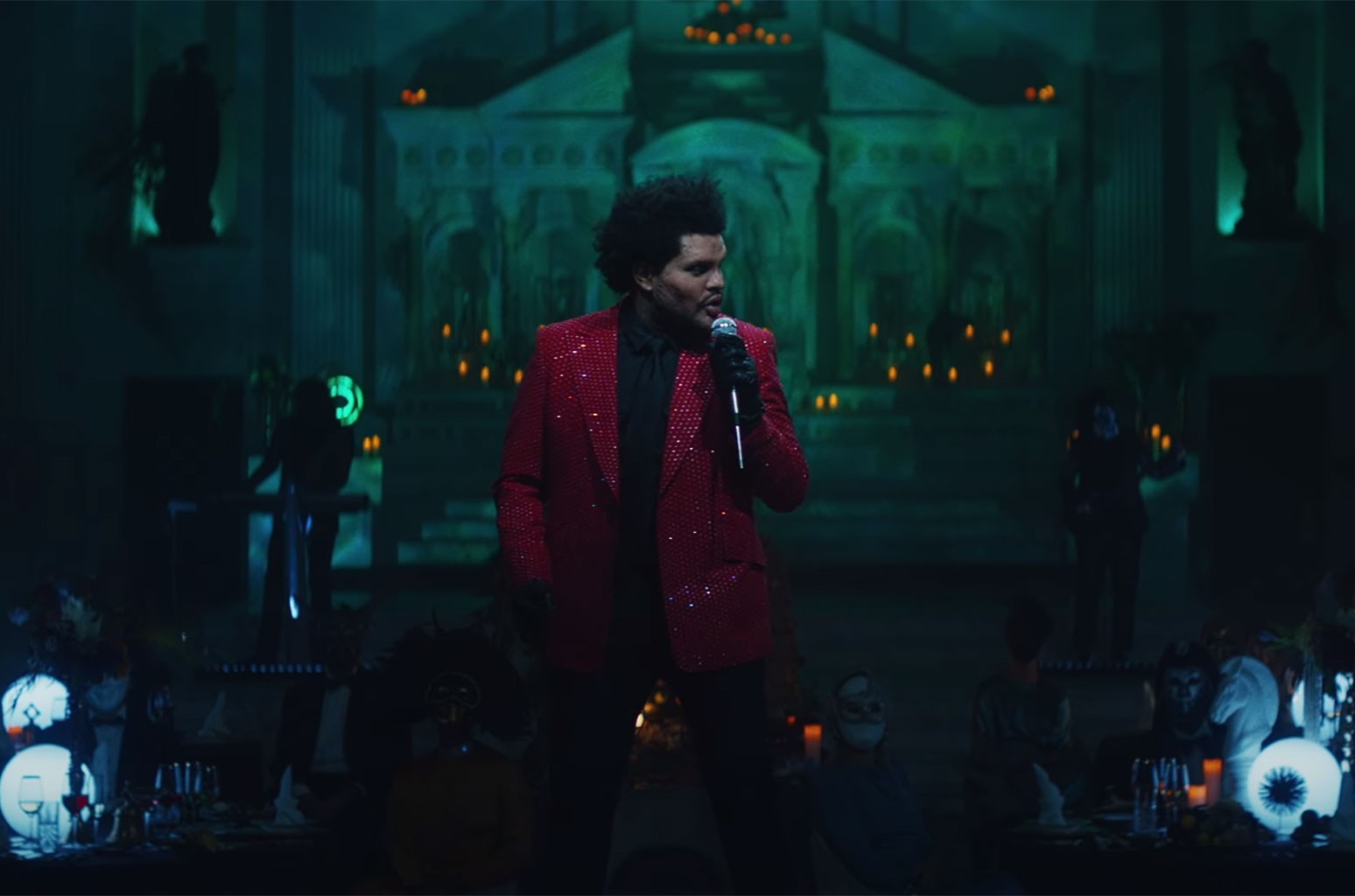 The last time The Weeknd performed «Save Your Tears» was at the 2020 American Music Awards, when his entire face was mysteriously bandaged. Now, he’s showing fans what was really going on underneath.

The R&B crooner reveals faux facial enhancements gone wrong in the new music video for his After Hours track, which places him and his latest makeover center stage at a creepy masquerade show where every attendee is masked up — like they’re at a ball, not in the pandemic. Even though his face isn’t covered with blood and bandaged up, he hasn’t completely ditched his album roll-out aesthetic. The Weeknd dons the same red suit jacket (except this time it’s completely bedazzled) and black leather gloves.

No one in the audience reacts to much, even when the superstar performer — who is slated to perform at this year’s Super Bowl Halftime Show — showers them with champagne, and the droplets are the only tears anyone can physically experience.

The continuity in his facial reconstruction throughout his After Hours visuals is astonishing: His cut-up face spews blood everywhere in the music video for his Billboard Hot 100 No. 1 hit «Blinding Lights,» then the bandaged star gets decapitated in the «In Your Eyes» video, and later, his head gets reattached onto another man’s body in the even  gorier «Too Late» clip.

Watch the «Save Your Tears» music video below. 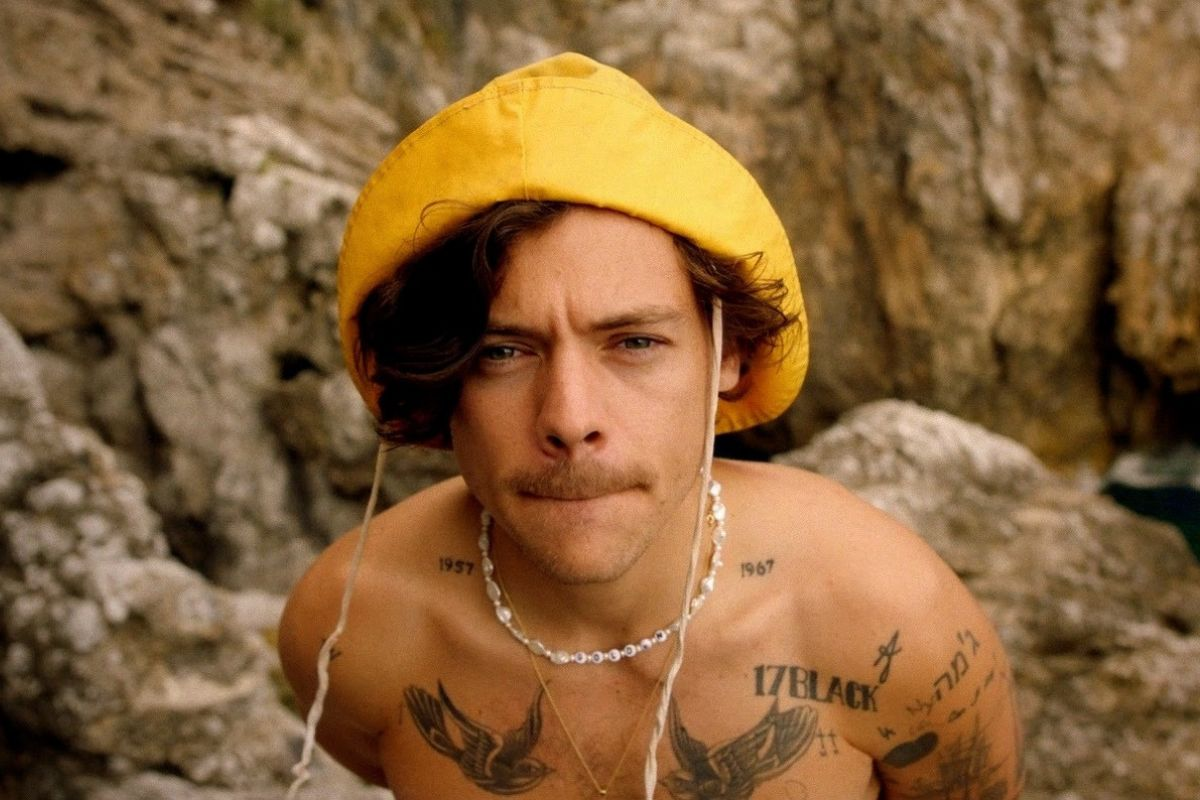 It has been a rocky 2020 in more ways than one: this year has seen everyone from Rina Sawayama and Machine Gun Kelly pull influence from the genres of rock and metal (sending many a neckbeard into a frenzy of Caps Lock comments in the process). Miley Cyrus’ forthcoming seventh album ‘Plastic Hearts’ looks to do the same. Lead single ‘Midnight Sky’, released over summer, is a Fleetwood Mac-sampling stadium anthem, while the Dua Lipa featuring ‘Prisoner’ is more rough and ready.

It’s not a passing phase. Miley has a history of covering everyone from Metallica and Blondie to Nine Inch Nails. Even when she was coming in like a wrecking ball, she was performing with punk icon Against Me!’s Laura Jane Grace in her backyard to raise money for her Happy Hippie Foundation. She’s always been at her best blending bubblegum pop with something a little grittier and ‘Prisoner’ captures that raucous energy perfectly.

Dua Lipa might be the odd one out on a tracklist that also includes guest spots from old skool rockstars Joan Jett and Billy Idol, but she’s the perfect partner in crime for Miley, as they take the basement snarl of punk and give it some ’80s disco  swagger. Pop music with bite, or grunge with a little razzle-dazzle? Either way, it’s the best of both their worlds.

‘Prisoner’ also sees the stars draw influence from Olivia Newton-John’s raunchy ’80s classic ‘Physical’ – but in true 2020 spirit, this track is about feeling trapped in your own emotions rather than lusty contact (hardly COVID-friendly). Packed with attitude and big on Thelma and Louise energy, the track gives Dua’s excitably shiny ‘Future Nostalgia’ space to shine without forcing Miley out of the spotlight. They elevate each other rather than competing. If only every collaboration had this balance.

And don’t be fooled by the isolation-inspired angst (“Strung out on a feeling, my hands are tied / Your face on my ceiling, I fantasise”) because Dua and Miley aren’t standing for anyone’s nonsense. With the bloodstained video – which sees the duo cruising through the US in a kind of goth bus – coming with the dedication “in loving memory all my exes – eat shit”, this heartache anthem is a glam declaration of independence that goes off like a cherry bomb.

This year, both artists have come into their own and taken on the world. True to the song’s title, Miley and Dua really don’t take any prisoners here. 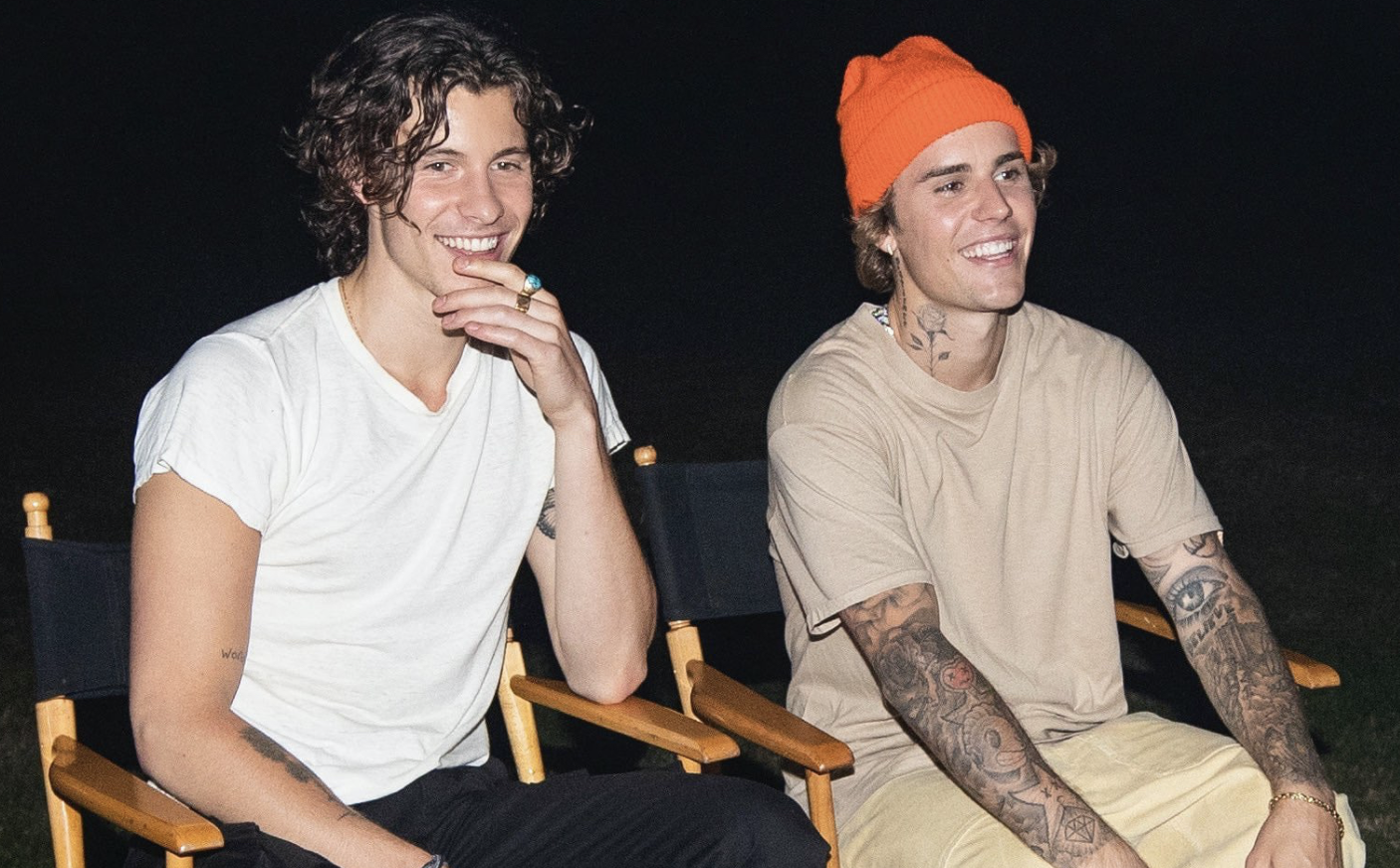 Shawn Mendes called on his musical idol Justin Bieber to collaborate on a poignant new song, «Monster,» which details the pitfalls of superstardom.

«I think I was coming off the back of a couple of big songs and definitely just so driven by my ego and just feeling like something in this feels not right,» Mendes recently told Apple Music’s Zane Lowe of the collaboration. «And it’s always resonated with me. This song has always resonated with me and it just never found its way out. And now all of a sudden I was listening to it one day, and I just started my relationship with Justin. It just started forming properly in the last three months. And I called him and I was like, ‘Look, I have this song. It’s kind of going there.’ We go there.»

«It’s about how society can put celebrities up on a pedestal and watch them fall and it seems to be this entertainment thing. And it’s hard,» he continued. «And his heart fell deep into it. And him and I, even yesterday, were on the phone for an hour and had the deepest conversation, I think, about so much. And it just felt really nice because it was a full circle moment for me, this guy who was the reason I started singing. I was nine when «One Time» came out, and I completely was all in.He was Elvis to me. And to come back around and to have this very human to human conversation with him and his truth to come into that song and my truth to be there, it feels like one of the most special songs I’ve ever wrote. And the more I listened to it and the deeper I get into it, this is not just about celebrities. This is the human experience.»

«Monster» follows Mendes’ previously-released track «Wonder,» and both will appear on his upcoming album Wonder, out December 4 via Island Records.

Watch the new video below. 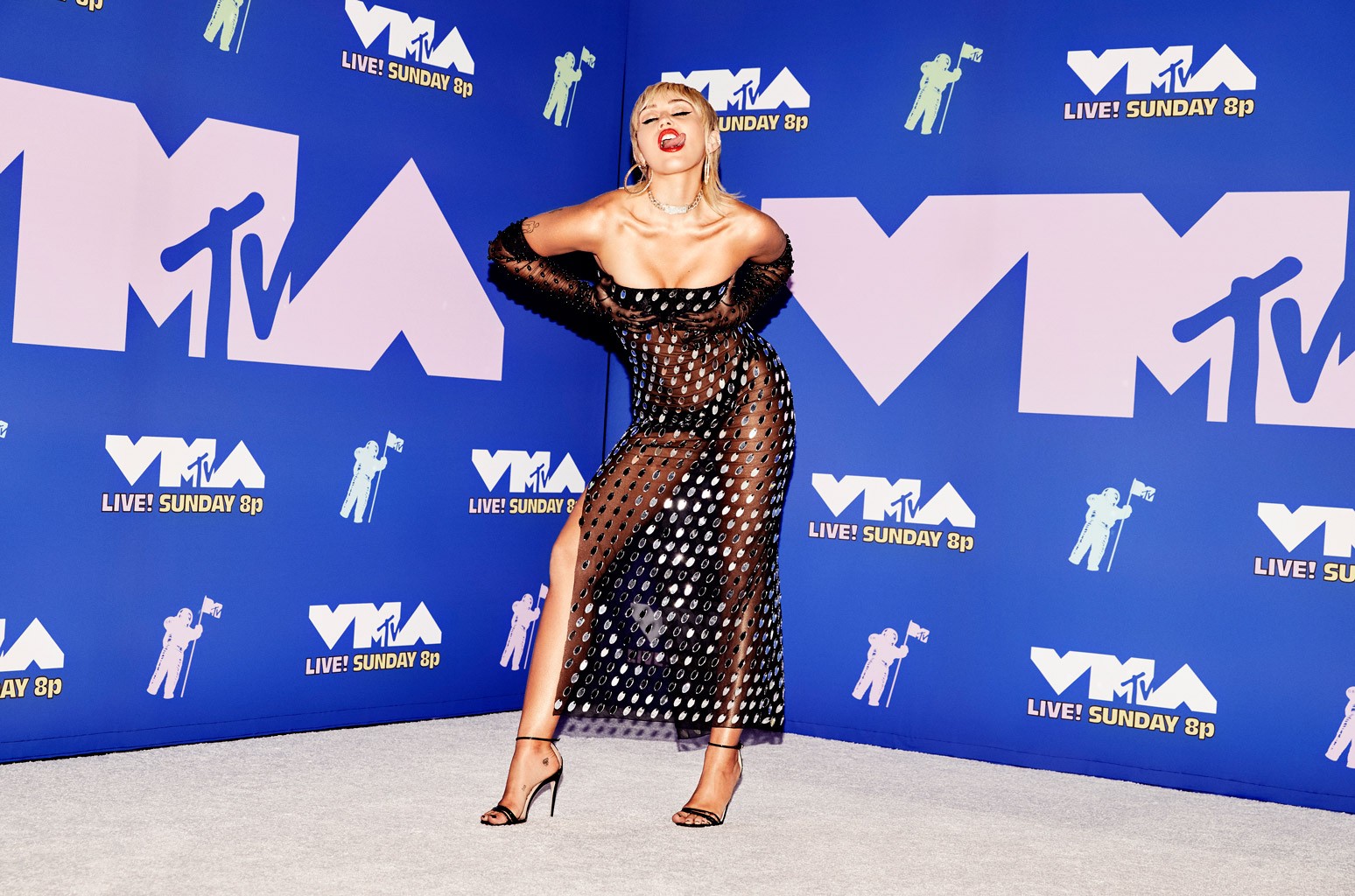 In a 20-second clip shared on Wednesday (Nov. 18), the two pop stars are seen, covered in blood, partying it up and eating cherries.

«COMING 4 BLOOD #PRISONER w/ my main squeeze @DUALIPA,» Cyrus wrote alongside a savage press shot, revealing that the collab will be arriving on Thursday (Nov. 19) with pre-save available here.

Rumors of the duo working together began back in August, when Cyrus posted pictures of herself hanging in the studio with Lipa and Watt, teasing her fans even more with the caption, «Dua has heard what you haven’t….» 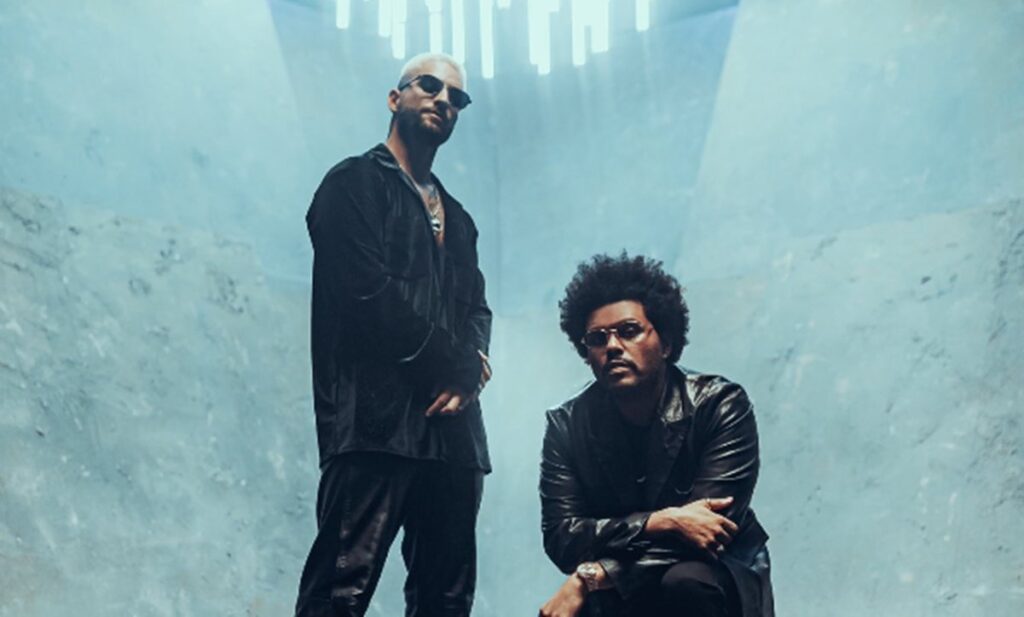 Maluma has released the remix to his song “Hawái,” featuring The Weeknd singing in Spanish.

The song is taken from the Colombian artist’s fifth studio album Papi Juancho, which he surprise-dropped in late August.

The two teased something was in the works between them on Wednesday, with both artists sharing a photo that had fans hyped for what was in store.

“Bro, he killed it, because he’s a real artist,” Maluma told Apple Music’s Zane Lowe. “He’s a real artist, man, what he did in this song. For him, it was like he was doing reggaeton for his whole life. And I knew that his voice in the song could work amazing. And that’s what happened.”

Maluma continued, “At the beginning, when I listened to the first verse when he just started the song… I was like, ‘Bro, this sounds like The Weeknd’s song.’ I couldn’t believe how good it was mixing his vocals with my vocals. And man, yeah, I’m blessed. I’m very happy. This is a huge moment for the Latin culture though.”

“Hawái” has since peaked at No. 55 on the Billboard Hot 100; now, with a Weeknd remix, it’s poised to gain more steam. The Weeknd has also been doing his fair share of collaborations, his latest of which is Ariana Grande’s song “Off the Table” from her new album Positions.

Listen to the remix to “Hawái” and check out the video.