More than six months since Camila Cabello disbanded from Fifth Harmony in favor of a solo career, the 20-year-old singer is also splitting from the group on social media. Cabello has unfollowed her former bandmates Lauren Jauregui, Ally Brooke, Normani Kordei and Dinah Hansen individually on Instagram, along with the girl group’s official account.

The group was mired in drama at the time of Cabello’s exit — the same day Cabello left the group, a recording of what appeared to be Jauregui telling Hernandez that the band was treated like «literal slaves» surfaced online, and the remaining Fifth Harmony members later released an emotional letter claiming they made «exhausted efforts» to keep the group alive.

Fifth Harmony released «Down,» their first track as a four-piece, on June 2, just two weeks after Cabello made her solo debut with «Crying In The Club.»​ 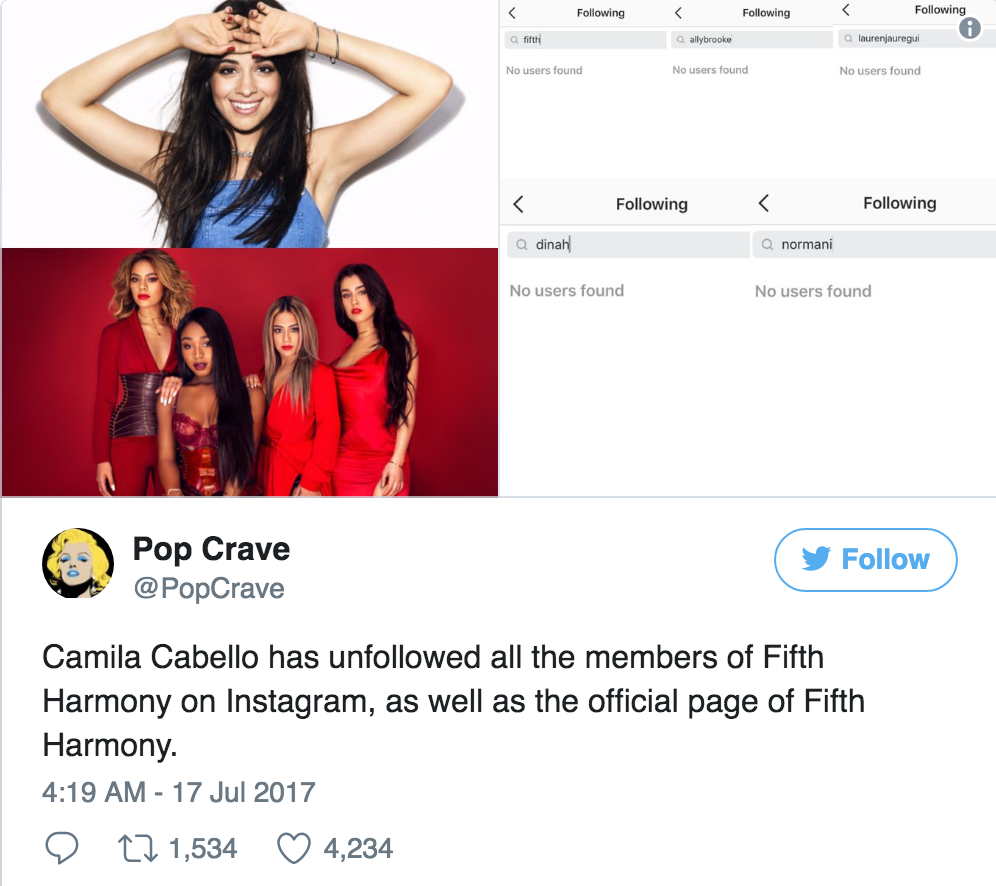 It’s unclear for now what prompted Cabello’s social media move, but Fifth Harmony seemed to be turning a corner as of late. Speaking to Billboard for their July 22 cover story, Kordei explained, “I get to sleep at night knowing we did everything in our power as friends, bandmates and human beings” to make the original five-piece work. Added Hansen: “Let’s just say we’re in a better place now — there are no secrets in this circle.”

And speaking about her former band in a recent interview with AMP Radio, Cabello said «I wish the best for them and I’m sure they’re going to kill it,» adding that the group’s new single «Down» sounded to her «pretty cool.»