Witness only dropped on Friday (June 9), but fans won’t have to wait too long to hear new music from Katy Perry. It seems the pop star features on an upcoming collaboration with Calvin Harris called “Feels.” The purported cover of the track, which also boasts verses from Pharrell Williams and Big Sean, surfaced online today and the Scottish DJ later shared a very brief snippet in a sampler of his new LP, Funk Wav Bounces Vol. 1. (You can pre-order it here). Of course, the club king famously dated Taylor Swift. Which could make this the next chapter in their ongoing beef.

As for Calvin, “Feels” could be the fourth of 10 singles he plans to release in 2017. He has already rolled out “Rollin,” which features Future and Khalid and “Heatstroke.” The latter included input from Young Thug, Pharrell and Ariana Grande. The first and most successful cut was “Slide.” That track showcased the talents of Frank Ocean and Migos, and is shaping up to be something of a sleeper hit. The blurry-eyed party jam is still climbing the Billboard Hot 100 and has racked up a whopping 238 million Spotify streams. 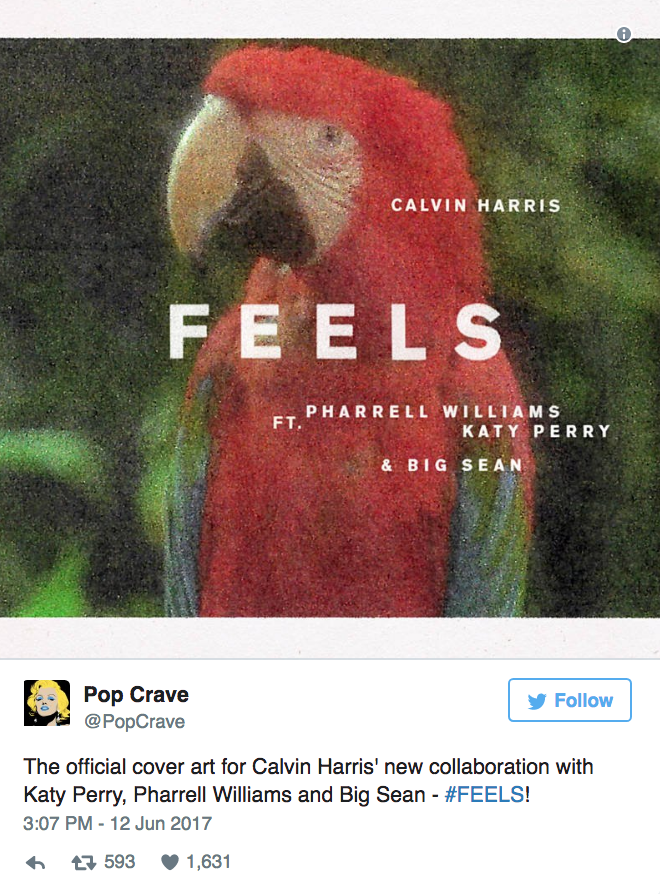