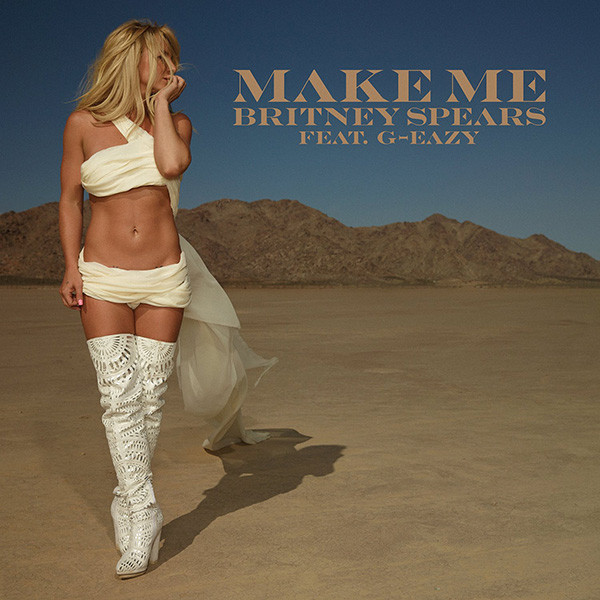 There’s a new contender for Song of the Summer.

Britney Spears released «Make Me,» the first single off her forthcoming ninth studio album, late Thursday night. The R&B-tinged track features up-and-coming rapper G-Eazy. «I just want you to make / Me move / Like it ain’t a choice for you / Like you got a job to do,» Spears, 34, sings. «Just want you to raise / My roof / something sensational / And make me ooh, ooh, ooh.»

Spears’ as-yet-untitled album serves as the follow-up to 2013’s Britney Jean, which peaked at No. 4 on the Billboard 200. It’s her first release since her «Pretty Girls,» her 2015 collaboration with Iggy Azalea. Spears first discussed the album in June during an exclusive interview with E! News’ Marc Malkin. «It’s very exciting. I’ve been working on this project for a year and a half now—almost two years—so it really means a lot to me,» Spears, 34, explained. «It’s my baby.»

The singer described her new sound as «a little melodic, a little more not so poppy. It’s kind of chill. Very chill.» Another new song, «Private Show,» is being used in a commercial to promote her perfume of the same name.

In an interview with V earlier this year, Spears called her album «the best thing I’ve done in a long time. I’m proud of the work, and it’s very different; it’s not what you would think at all.»