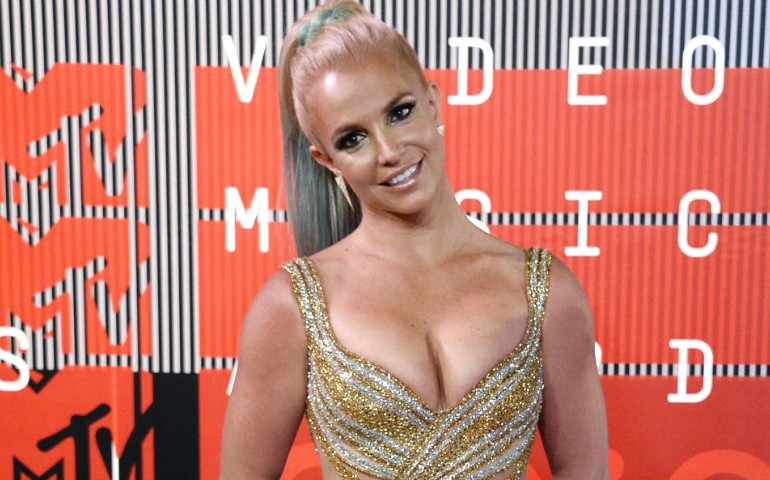 After Britney Spears teased new music earlier this week with a sneak peak of her new fragrance Private Show, the pop star has now shared a longer preview of the new track by the same name.

In a new minute-long commercial directed by Randee St. Nichols, Spears strips down and dance seductively in an empty theater while dancing to her soulful new pop song.