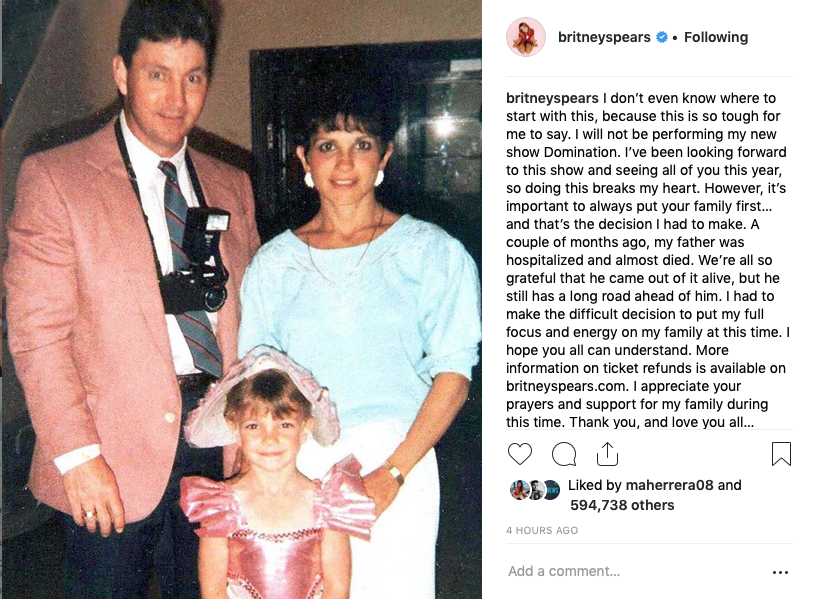 Britney Spears announced on Friday (Jan. 4) that she will not be performing her Domination show in Las Vegas in order to take care of her father. The singer’s father was hospitalized two months ago, and received surgery for a spontaneous colon rupture.Fans were quick to respond on social media, showing their support and sending love to Spears and her family as she prepares to go on an «indefinite hiatus.»

«Britney:Domination» was set to start Feb. 13 with dates in March, May, July and August.

«I don’t even know where to start with this, because this is so tough for me to say,» Spears wrote on Instagram. «I will not be performing my new show Domination. I’ve been looking forward to this show and seeing all of you this year, so doing this breaks my heart.»