Bradley Cooper is in trouble!

The Alias alum recently took his mom to the Democratic National Convention so they could both hear President Barack Obama speak for one of the last times, but it didn’t go over so well with the Republican Party. After republicans noticed Cooper in the audience, many took to social media to criticize the star because he had played Chris Kyle in American Sniper, a role that many thought meant he was a republican, too.

«I was not expecting that,» Cooper admitted on The Late Late Show Wednesday of the backlash he faced. «The republicans were up in arms that I was watching the president speak.»

Todd Phillips, who directed Cooper in The Hangover II and sat next to him on host James Corden’s couch Wednesday night, made light of the backlash by comparing Cooper’s situation to another famous actor. 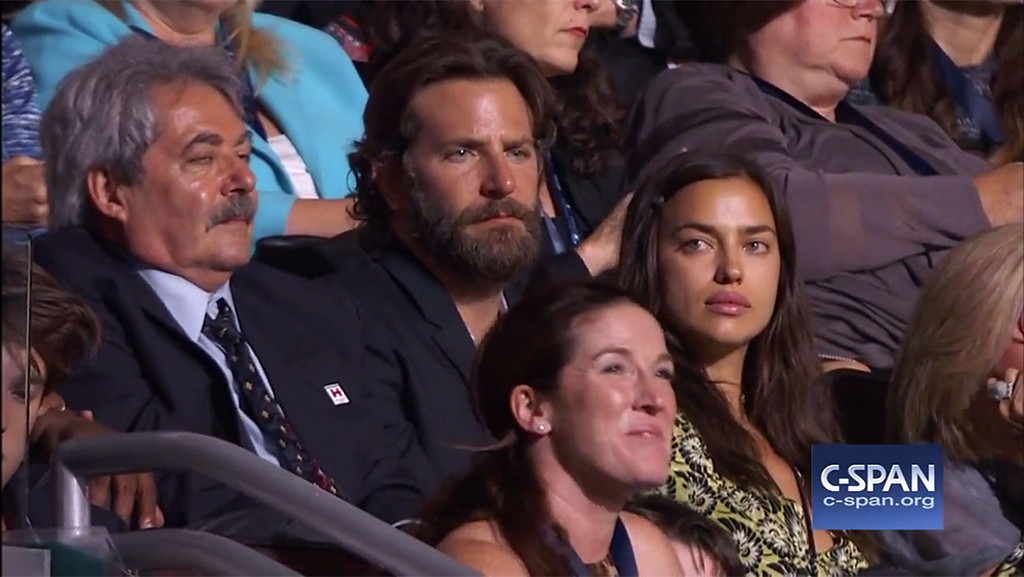 «It’s like the mob being mad at [Robert] DeNiro for being in The Intern,» Phillips joked.

«It was just unbelievable,» Cooper added. «It was probably one of the last times we were going to hear him speak.»

With his «secret» out in the open, Cooper opened up about another time he hung out with another democratic president—Bill Clinton. While filming The Hangover II, Cooper and Phillips went out to dinner with Clinton who happened to be in the area giving a speech on alternate energy. Both Cooper and Phillips gushed about Clinton’s «amiable» personality, but couldn’t help but question his taste in movies after he revealed his favorite movies were Who’s Your Caddy and Cooper’s The A-Team.

«He really does like some choice movies,» quipped Corden.