The Black Eyed Peas are back with a new spin on an old classic.

The Black Eyed Peas, made up of will.i.am, apl.de.ap, Taboo, and Fergie, said in a statement: “… if you only have love for your own race/ Then you only leave space to discriminate/ And to discriminate only generates hate” – and encourage us to keep asking: ‘#WHERESTHELOVE’?” 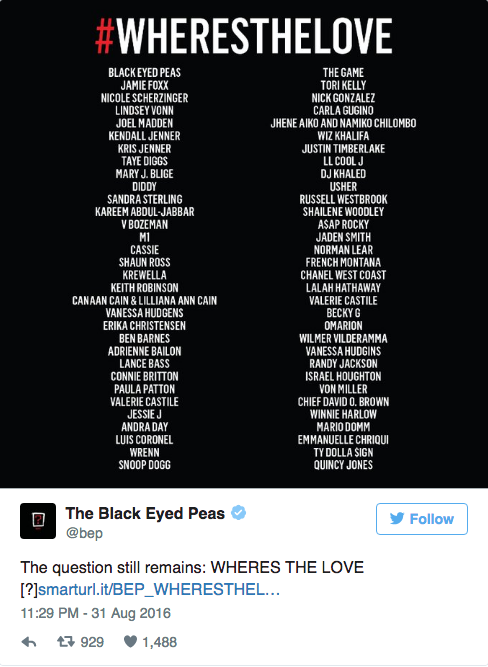 The track and its video are available via Apple Music and iTunes and will go wide to other digital retailers Thursday night. All proceeds will go towards the i.am.angel Foundation, a non-profit foundation founded by Black Eyed Peas front man will.i.am.