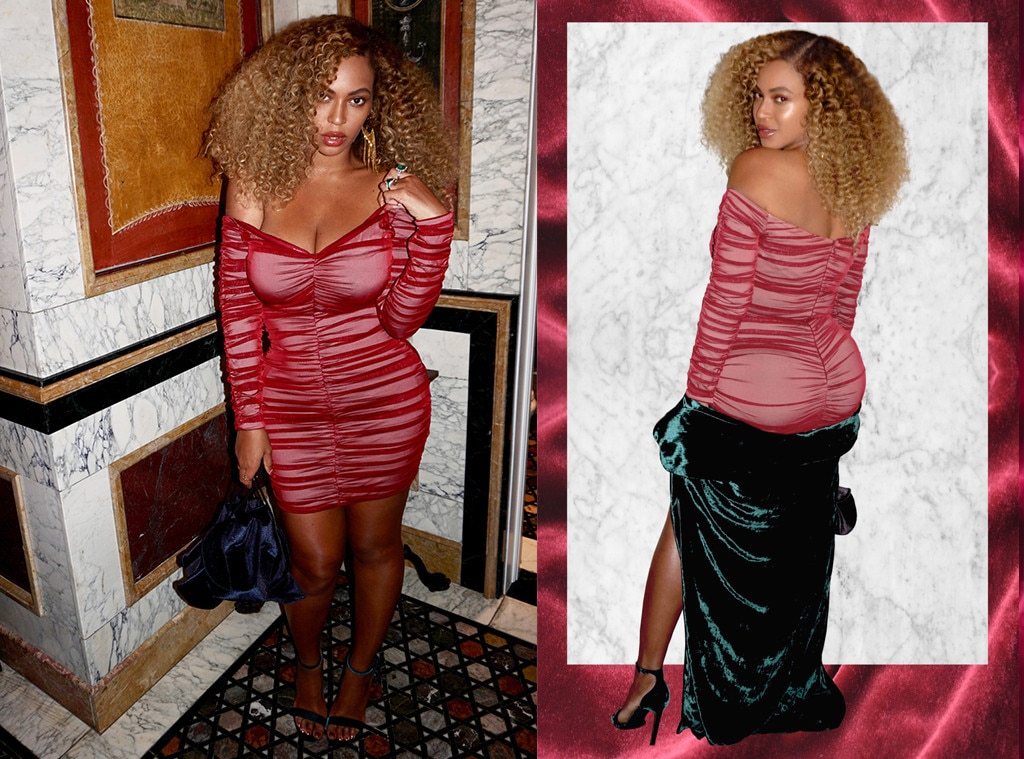 She knows how to steal the spotlight!

Beyoncé lit up Instagram on Monday when she posted some fiery new images from a sexy night on the town, attending sister Solange‘s Saint Heron: Wine and Grind party at MASHstudios in Los Angeles. As we already know, Bey does everything in her own time, so the fundraiser, which benefited local soul food chef of soul food, Alisa Reynolds, actually occurred back on Aug. 11.

For the night of festivities, the mama of three opted for a totally ’80s, red rushed dress that showed off her ample assets. Along with the bodycon dress, the singer wore her hair down in a seriously amped-up style and rocked a green velvet cape for the bash. The star also seriously glammed up the eye-catching ensemble with a handful of emerald and diamond jewels.

The photos, showcasing her rockin’ post-baby bod’, were taken less than two months after the queen gave birth to twins Sir Carter and Rumi Carter on June 15.

Tickets for the Solange’s Wine and Grind event were $35 and available online, however, the location was secret and was sent along later after purchase.

The event page explained that the night was, «An evening to bring together community to support the imprint chef Alisa has cultivated through food, love, and fellowship.»

As for how the «Formation» singer is getting her physique in formation after giving birth? The songstress has been hitting up SoulCycle on the reg to get her fit form in gear by working out and eating right.

Previously a source told E! News that Bey «loves» cycling and she’s been «easing into» her typically intense workout and diet regimen while «still recovering» from giving birth. Additionally, our source said she’s eating healthy by «drinking many green juices and trying to watch what she puts in her body.»

Over the weekend, Beyoncé took daughter Blue Ivy to the wedding of her creative director Todd Tourso and his bride Christina Tang in Aspen, Colorado. The little lady stole the show when she tore of the dance floor, much like her famous mama!