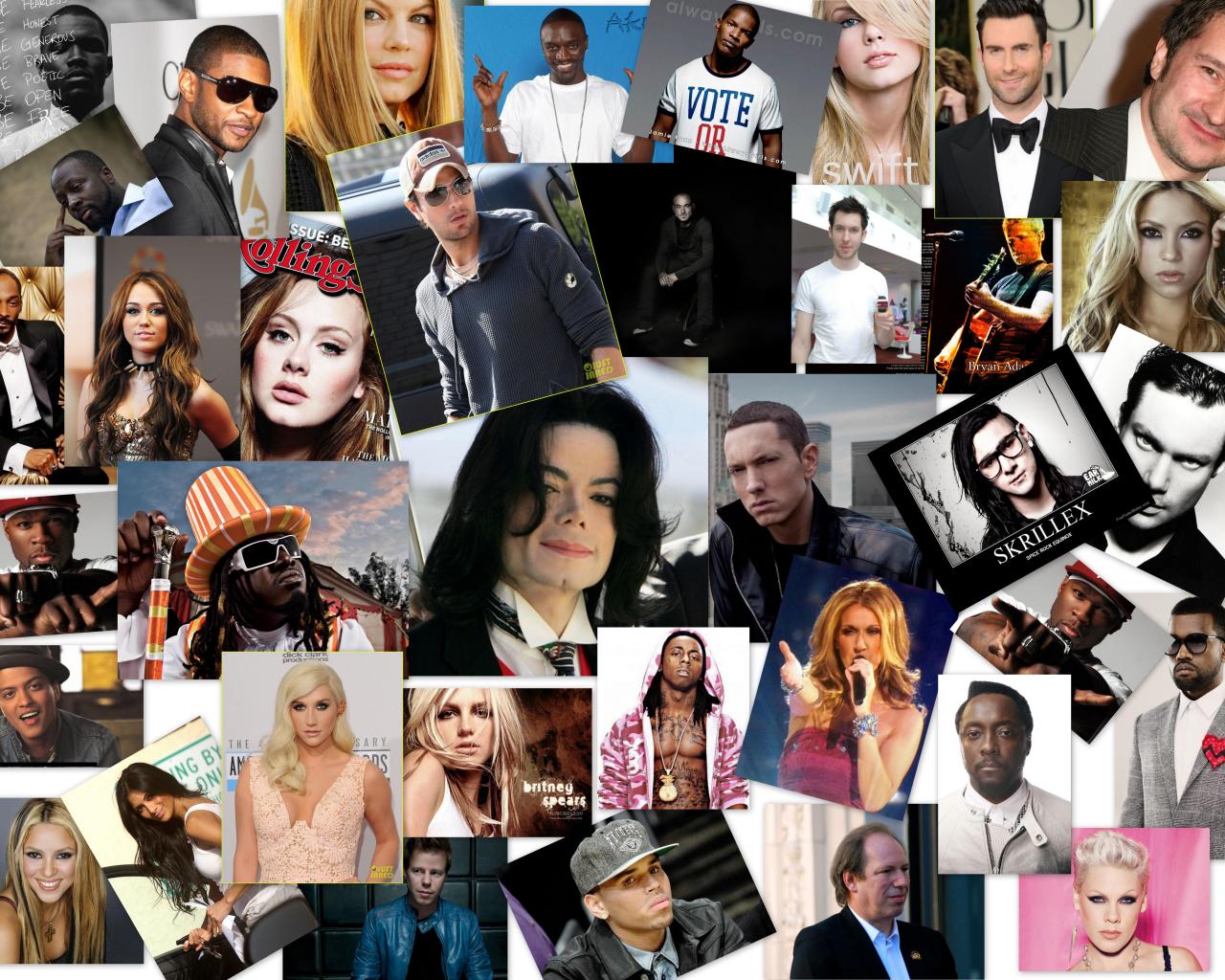 Nicki Minaj’s latest pop duet «Side To Side,» with Ariana Grande is currently sitting pretty at No. 4 on the Hot 100, serving as another smash beyond rap for the Queens spitter.

Scroll through her chart history, and Minaj has slapped her vocals on pop soundscapes for the likes of Justin Bieber, Jessie J and even Madonna, to name a few. While the queen of bars can also deliver sweet notes, her alliances on wax have consistently been major keys.

Here are the most notable pop tracks that Nicki Minaj laid her Pinkprint on.

Justin Bieber, «Beauty and a Beat»

Bieber recruited Minaj for his Believedancefloor anthem «Beauty and a Beat» in 2012. Produced in part by pop heavyweight Max Martin, the track is classic early ’00s Biebs: super innocent, stocked with synths, and sugary sweet. Even more fun is the song’s video, in which Bieber films a pool party with his phone featuring Minaj and a cast of pool dancers.

In a sort-of modern spin on «Lady Marmalade» (which saw a variety of divas from Christina Aguilera to P!nk all belting their hearts out on the 2001 cover of the classic song), «Bang Bang» brought together the star power of Jessie J, Ariana Grande, and Minaj. The track later turned into one of the biggest of Minaj’s career, peaking at No. 3 on the Hot 100 in 2014.

When Madonna needed a a bit of pizzaz for her twelfth album, 2012’s MDNA, the pop queen turned to Minaj to give her the boost she needed. «Give Me All Your Luvin'» even made it to the Super Bowl with an epic performance alongside M.I.A. (and her controversial middle finger).

Madonna and Minaj reunited for «Bitch I’m Madonna» off Madonna’s 2015 album Rebel Heart. Perhaps even more notable than the track is its music video which features the likes of Chris Rock, Katy Perry, and Kanye West.

David Guetta, «Turn Me On»

Minaj’s collaboration with David Guetta is pure dance pop bliss: colorful lyrics, pulsating beats, and soaring synths. In a 2015 interview with the Shoboy and Nina radio show, Guetta admitted he is a Minaj fanboy — likely the reason for their team-ups. «It’s funny because when I discovered her, she was already big in the hip-hop scene in the U.S.,» he explained. «But I didn’t know her from Europe and a friend of mine from the US sent me a song and I was like, ‘Wow, her voice is incredible.’ I checked her video out and I was like, ‘Wow! She is incredible!»

David Guetta and Flo Rida, «Where Them Girls At»

«Where Them Girls At,» a single from Guetta’s 2011 massive album Nothing But the Beat, saw the first collaboration for the pair. The party track later peaked at No. 14 on the Hot 100.

For Bebe Rexha’s debut single from her upcoming album, she recruited Minaj for an assist on the club-banger «No Broken Hearts.» The song is a straightforward party anthem, especially with a chorus that repeats, «No broken hearts in the club/No tears in the club/’Cause we gon’ get it poppin’ tonight.»

The Lonely Island, «The Creep»

Made for a Saturday Night Live digital short, The Lonely Island(composed of former SNL cast member Andy Samberg and writers Jorma Taccone and Akiva Schaffer) enlisted Minaj for one of their famed pop parodies. For «The Creep,» the trio tried to combine the flavor of a dance sensation with the films of John Waters. Confused? Just watch its hilarious video.

Ariana Grande, «Side To Side»

Grande and Minaj team up once again for the fun and risqué number «Side to Side.» Serving as the third single from Grande’s latest album Dangerous Woman, the sexy track may sound innocent enough (especially after the duo’s fun performances of it on the MTV Video Music Awards and recent American Music Awards) when it’s really all about sex. «That whole song is about riding leading to soreness,» Grande told MTV News. «Ride dick bicycle is the lyric, indeed.»