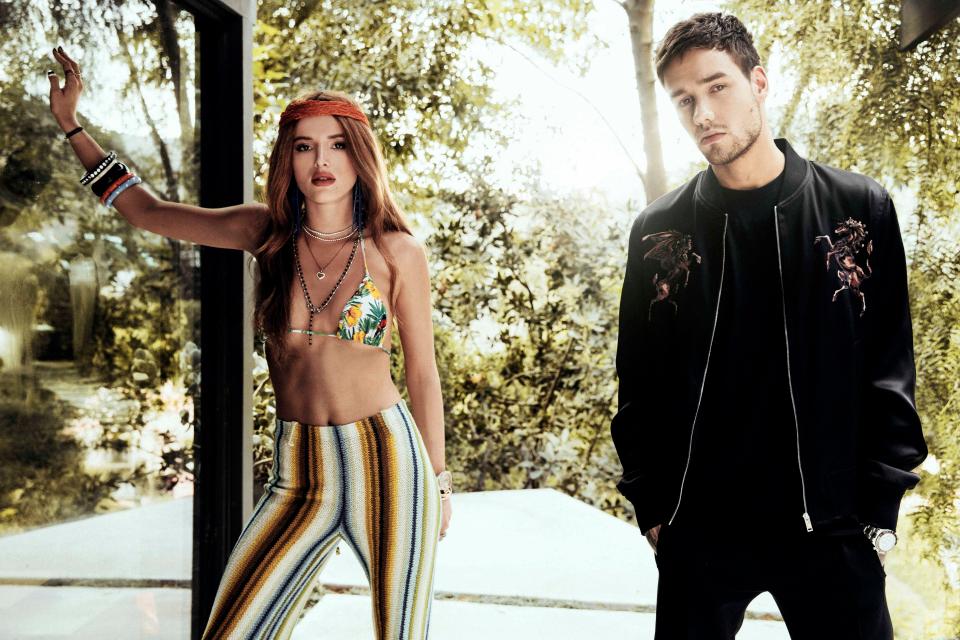 Liam Payne’s “Bedroom Floor” video was always going to rack up millions of YouTube views (“Strip That Down”has 198 million and climbing), but the presence of Bella Thorne ensures it will be a pop culture moment. The actress, it girl and occasional singer plays the Brit’s love interest in the clip. Stills from the visual, which is expected to drop on November 6, have surfaced online and they make a cute couple. Bella even has a costume change — rocking a red dress in a couple of pics and a ’70s-inspired ensemble in another.

There are layers to this. “Bedroom Floor” was co-written by Charlie Puth, who briefly dated Bella and then got a little upset when she moved on. Is this their way of putting it all in the past? The banger has gotten off to a modest start, debuting at number 28 in the UK and number 98 in the UK. “Strip That Down” was also a grower, however, and it eventually cracked the top 10 in both markets. A viral video could be the shot of momentum it needs. See a few pics from the video below.

#Update | Bella Thorne is confirmed to be in Liam's #BedroomFloor music video which comes out Nov 6th! pic.twitter.com/wFQp9zfNTZ