Manchester police have confirmed 19 dead and at least 50 injured after an explosion at the Ariana Grande concert at Manchester Arena in England earlier this evening (May 22).

According to CBS News, the concert had just concluded when attendees heard a boom. What caused the explosion is unknown at the moment. 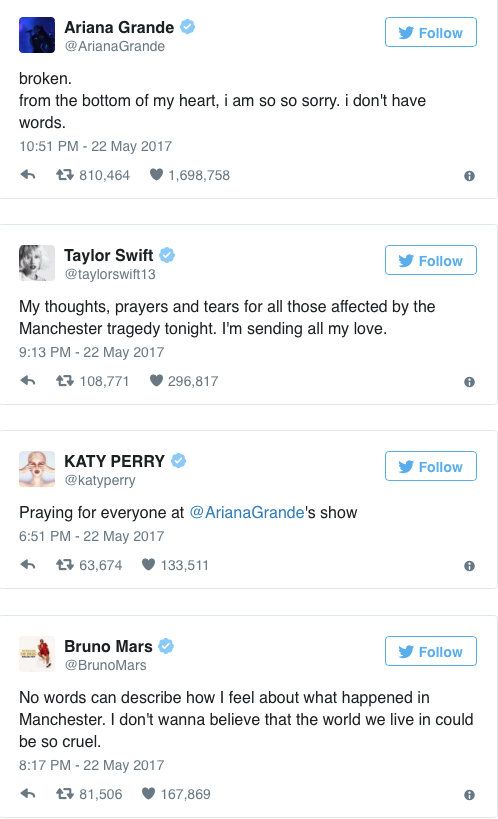 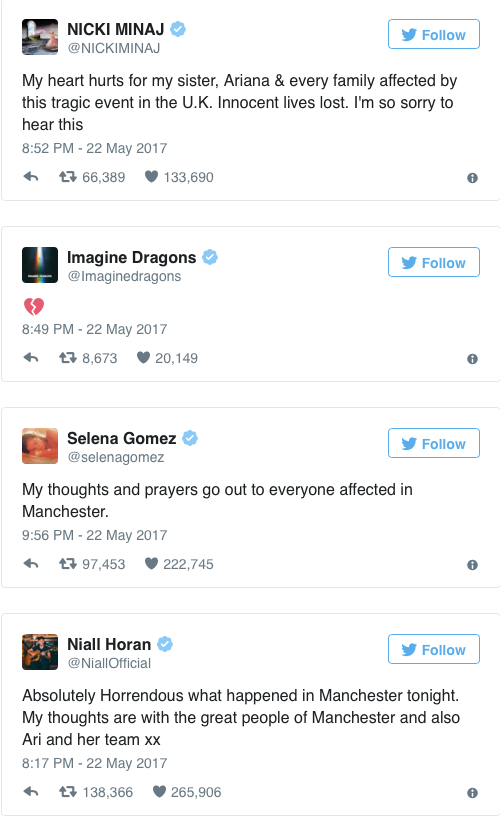 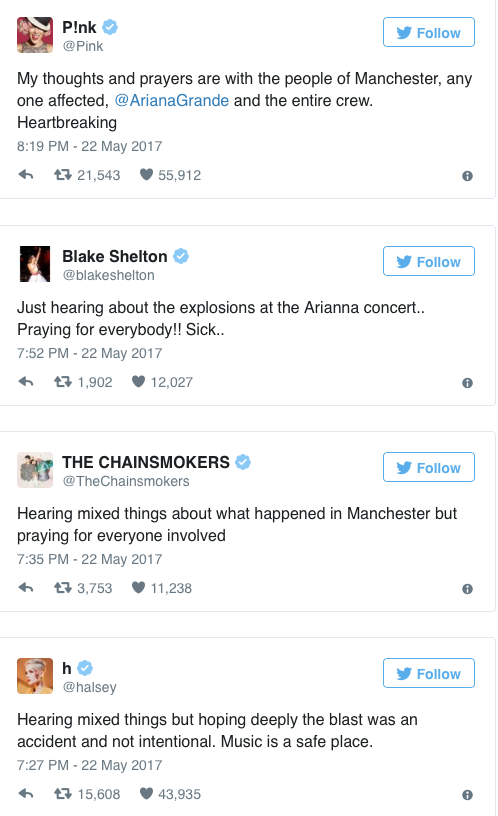 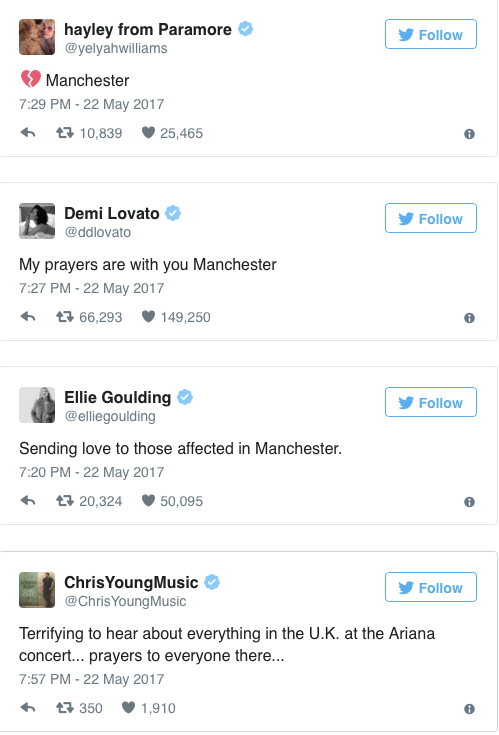 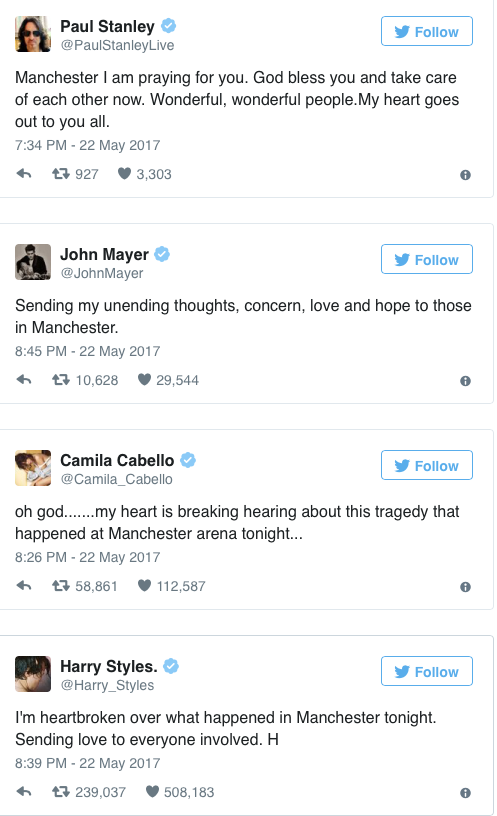