Christmas is here. And we do not say it. It is said by almost all the cities in Spain that already have the lighting on and the background music sounding like Christmas carols; The nougat, marzipan and other Christmas products that are already in all supermarkets say it; And it is said by international music stars, like Ariana Grande and Kelly Clarkson, who are announcing or premiering their Christmas songs in October! 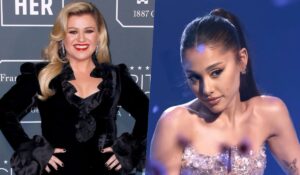 Yes. We already know that technically there are two months and a week to go until it is officially Christmas but from the moment the ‘Christmas chip’ floods everything, this is already a downhill race without brakes until the white holidays … And it is that Kelly Clarkson has decided to place himself in the first place of that race ‘beating’ by the hand the rest of his rivals being the first Christmas theme that sees the light in this 2021. Santa can’t you hear me is the name of his song that he has premiered along with the rest of the songs that make up his new studio album. 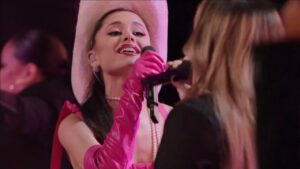 The American is not alone as she has the incredible company of Ariana Grande. A classic of Christmas songs to those who not too long ago we could enjoy in Santa tell me and singing along with Mariah Carey, the queen of the queens of the genre that in no time will be leading the tops of best-selling songs with her All I want for Christmas is you.

When Christmas comes around is the name of Kelly Clarkson’s Christmas album that also includes other collaborations such as a duet with Chris Stapleton on Glow or with Brett Eldredge on Under the Mistletoe.