By EVE BUCKLAND and SAMEER SURI FOR DAILYMAIL.COM 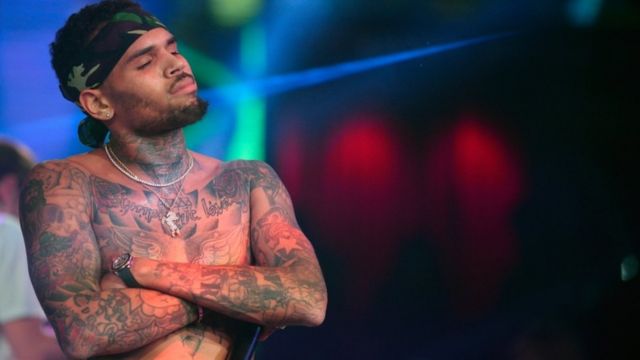 An absent Chris Brown was booed as he won a gong at the 2022 American Music Awards on Sunday – days after claiming his planned Michael Jackson tribute at the show was scrapped at the last minute.

The singer, 33, picked up the Favorite Male R&B Artist award, with Kelly Rowland, 41,  accepting the trophy in his absence.

As Kelly announced Chris as the winner, a chorus of boos broke out, with the Destiny’s Child star telling the audience to ‘chill out’ as she lauded him for his contributions to music.

Kelly Rolland accepts award for Chris Brown as the crowd boos. She said: ‘Now Chris Brown is not here tonight so I’m accepting this award on his behalf. Excuse me… chill out. ‘But I wanted to tell Chris, thank you so much for making great R&B music and I want to tell him thank you for being an incredible performer.

‘I’ll take this award — bring it to you. I love you. Congratulations. And congratulations to all the nominees in this category.’

This comes days after Chris claimed he was supposed to perform a Michael Jackson tribute at the AMAs- only for it to be scrapped last minute.