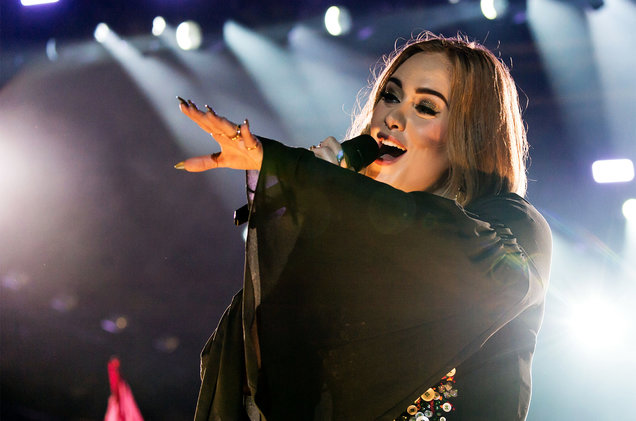 The song is her fifth No. 1 on the radio airplay tally.

Adele ascends to No. 1 on Billboard‘s Adult Pop Songs radio airplay chart (dated Aug. 20) with «Send My Love (To Your New Lover),» which rises 2-1. The superstar adds her fifth No. 1 on the chart with the song, whose video premiered May 22 during ABC’s broadcast of the Billboard Music Awards.

With her new coronation, Adele ties Nickelback for fifth place among acts with the most No. 1s in the Adult Pop Songs chart’s 20-year history. The acts trail only Maroon 5 (11), Katy Perry, P!nk (eight each) and Taylor Swift (six).

On the airplay/sales/streaming-based Billboard Hot 100, «Send» has reached No. 9. Highlights of the new Aug. 20-dated Hot 100 will post later today on Billboard.com, while all charts will update tomorrow (Aug. 9).