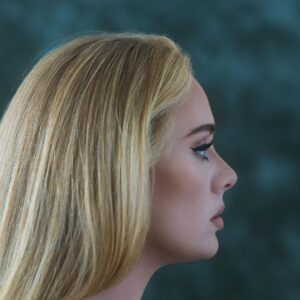 Across all of its available formats, both physical and digital, 30 sold 146,000 copies in the United States in the week ending Dec. 16 (down 2%) according to MRC Data. Its total sales climb to 1.21 million. It is the only album released in 2021 to sell a million copies.

With 30 spending a fourth week at No. 1 on Top Album Sales, the set becomes the first album with four weeks in a row at No. 1 in over a year, since Swift’s Folklore spent its first five weeks at No. 1 (Aug. 8 – Sept. 5, 2020-dated charts), of its seven total nonconsecutive weeks in the lead. 30 is the second album released in 2021 to rack up at least four weeks at No. 1 on Top Album Sales, following Olivia Rodrigo’s Sour, which has notched four nonconsecutive weeks in charge.

Billboard’s Top Album Sales chart ranks the top-selling albums of the week based only on traditional album sales. The chart’s history dates back to May 25, 1991, the first week Billboard began tabulating charts with electronically monitored piece count information from SoundScan, now MRC Data. Pure album sales were the sole measurement utilized by the Billboard 200 albums chart through the list dated Dec. 6, 2014, after which that chart switched to a methodology that blends album sales with track equivalent album units and streaming equivalent album units. For all chart news, follow @billboard and @billboardcharts on both Twitter and Instagram.

MONSTA X’s latest album, The Dreaming, debuts at No. 3 with 29,500 copies sold. Of that sum, 28,000 were sold on CD and 1,500 were sold via digital download. The album was not available on any physical format aside from CD. Like many K-pop releases, the CD edition of the album was issued in multiple collectible packages (more than 10, including a Target-exclusive edition) each with a set of standard internal paper goods and randomized elements (trading cards, sticker sheet, poster, etc.).