Lady Gaga has plenty of her own famous fans, from Adele to «Telephone» collaborator Beyoncé, and the pop star has taken time to praise many of her fellow female artists for their efforts as well — both in and out of the recording studio.

Below is a roundup of the moments when Mother Monster declared her support for other leading ladies in the music industry:

On Tuesday (May 2), Gaga took to Twitter to share her thoughts on how this year’s Met Gala in New York City captured the emotion behind fashion icon Rei Kawakubo of Comme Des Garçons and to declare her favorite look of the evening.

“Best dressed in my humble opinion was Rihanna,” she shared, along with a fire emoji.

The jazz legend died in 1996, but Gaga still honored the musician in April by wishing her a happy 100th birthday on Twitter.

“Jazz wouldn’t be the same without you,” she wrote. 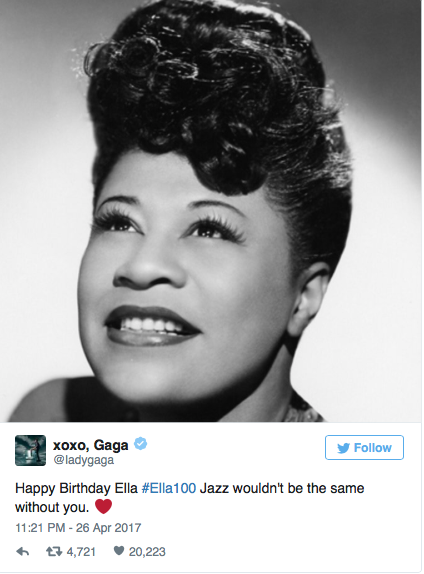 Last month, 13 Reasons Why star Katherine Langford revealed in an interview with co-star Dylan Minnette that Lady Gaga inspired her to pursue acting. In response, Gaga shared a video of the interview on Twitter with Katherine’s name beside a red heart. Even better, during an interview with Ellen DeGeneres on Monday, the host gifted Langford with tickets to a Gaga show and the chance to meet her idol.

In December, Madonna addressed feminism and misogyny in her Woman of the Year acceptance speech at the Billboard Women in Music Awards, and Gaga said her message was one all girls need to hear.

«Madonna your speech at the Billboard Music Awards was inspiring,» she wrote on Twitter. «You’re so brave and strong. Thanks for being that for us girls we need that.» 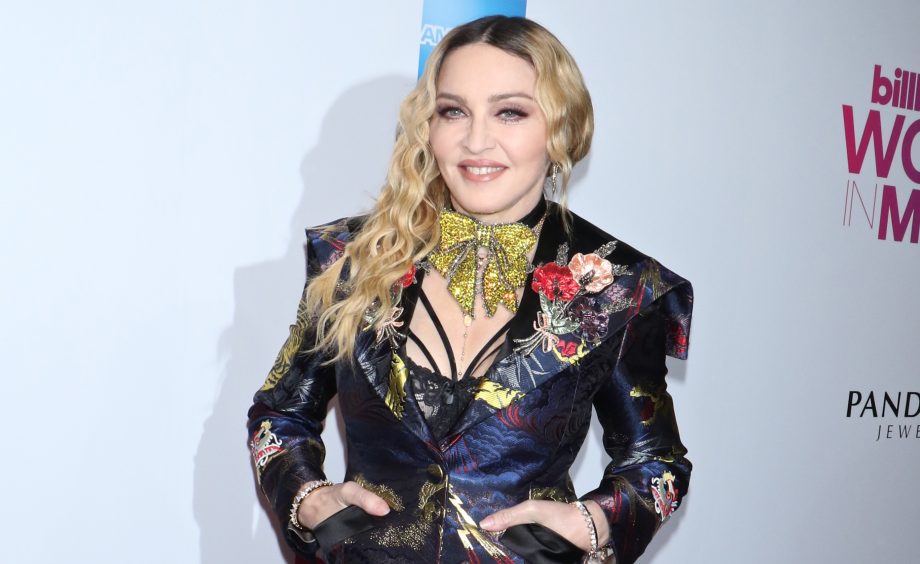 5. Cheering on Selena Gomez after her AMA speech

In November, Gaga was visibly moved by Gomez’s touching speech at the American Music Awards, where she explained why she needed to step out of the spotlight temporarily. Gaga later shared a photo of herself with Gomez at the show and called her the «Biggest rockstar of the night…with the biggest prize of all – a BIG Heart that she shares with the world.

When a Taylor Swift fan started to doubt whether he’d find a fairy tale love story, the singer encouraged him to read the tweet about her own romantic situation that Gaga wrote to her a few months earlier, which she credits with helping her find a new relationship. In response, Gaga joked that she only casts happy spells. 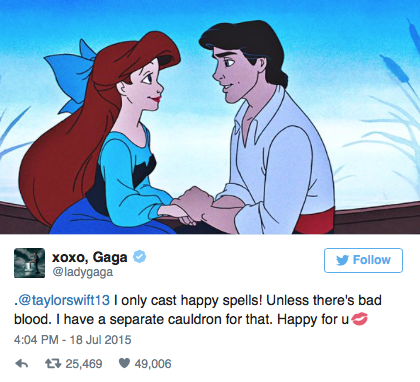 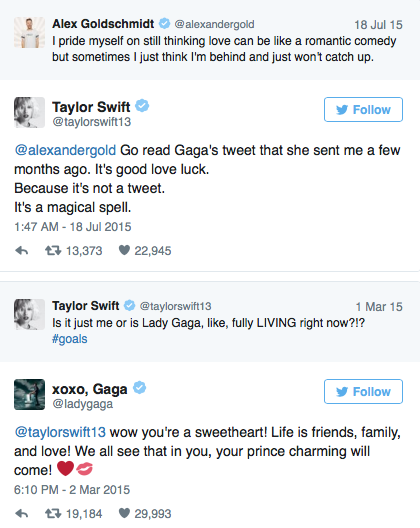 7. Supporting Kesha’s efforts to get out of her contract with Dr. Luke. 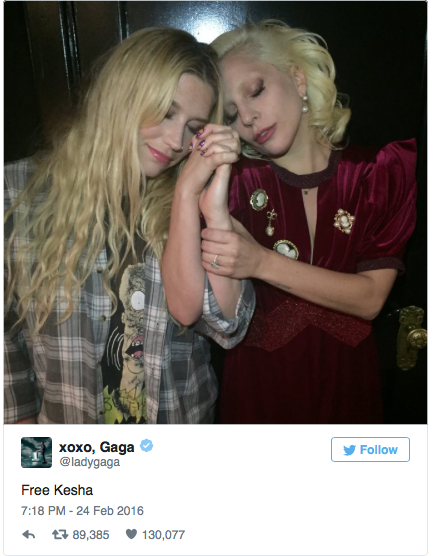 Last February, Gaga showed her support for the #FreeKesha movement, which started to help get the pop singer released from a contract with her music producer Dr. Luke, by sharing a photo of herself with Kesha.