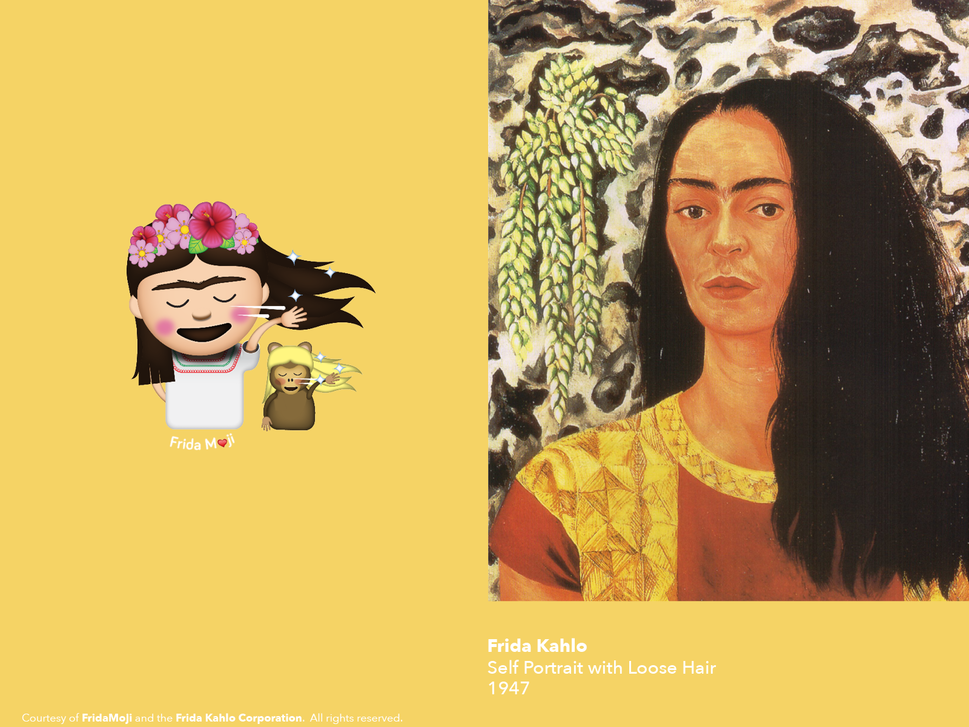 The emoji are the brainchild of Sam Cantor, a Los Angeles-based gallerist and graphic designer. After previously creating a series of art history emoji featuring artists like Van Gogh, Basquiat and Yayoi Kusama, Cantor sought to hone in on one artist in particular. Kahlo, who devoted her life to creating searing self-portraits that communicated her shifting states of pain, passion, isolation and ambition, was the clear choice.

“Frida was just perfect for the project,” Cantor told Artsy in an interview. “She conveyed her emotions so honestly and openly in her work. What better artist to translate into emoji, which we use to express emotion today?”

Cantor knew, when embarking upon the project, he wanted the emoji to convey more than just a flower crown and a unibrow. So he dove deep into the archives of Frida’s work, visiting Mexico City to see the legendary images in person. He eventually rendered 400 speculative FridaMoji and later narrowed the lot to 160.

Art nerds will get a kick out of matching FridaMoji to the Kahlo paintings they’re based on, including “Self Portrait with Monkeys” and “The Two Fridas.” And hungover FridaMoji users will surely be thrilled to finally have a proper symbol to express their woes with the emoji inspired by “The Wounded Deer.” We cannot quite imagine how Kahlo would react to seeing her many emotions channeled into cartoon creatures. But we feel confident that if Kahlo was alive today, the woman who showed the power of self-representation, the strength in vulnerability, the beauty in pain, would have had a great online presence.