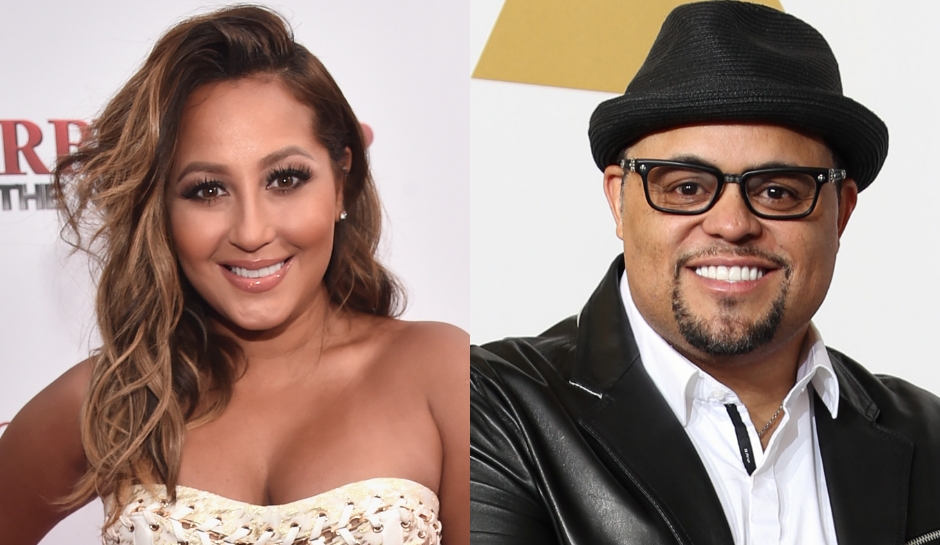 Adrienne Bailon and her hubby Israel Houghton tied the knot in Paris last week, and now E! News has an exclusive clip from the beautiful wedding.In the video, we watch as The Real host says her vows and places the ring on Houghton’s finger. It then skips to the most exciting moment for the newlyweds: the groom’s opportunity to finally kiss his bride!He almost can’t believe it as he reaches for Bailon and plants a big one on her lips. «Just like that!» he says with a huge smile.

Meanwhile, E! News learned the couple was surrounded by close family and friends during their wedding ceremony, which was held at the Hotel Plaza Athénéel and started around 7 p.m. local time.

The night before the wedding, they held their rehearsal dinner at Paris hot spot Ferdi, where the pair met for the very first time almost a decade ago.
«I genuinely just feel so blessed and grateful. I’ve honestly never been happier in my entire life,» Bailon told People after the wedding. «I’ve never felt what I feel right now. I can’t even describe what it is, but it’s such a peace mixed with total excitement.»
Houghton and Bailon first went public with their relationship back in April of this year, being forced to defend their status after a slew of criticism surrounding the fact that Houghton was only recently divorced from his wife of 20 years, Meleasa Houghton.They ended up getting engaged in August in front of the Eiffel Tower.Credits to E!