If there’s one thing Hollywood knows how to do, it’s how to get in formation to bow down to Beyoncé.

There was one place to be Wednesday night in California and that was Dodger Stadium in Los Angeles where the 20-time Grammy winner was performing one of her last concerts on her Formation World Tour.Famous faces from all angles of the industry flocked to the stadium to gush over Bey in action, including celebrity bestie Gwyneth Paltrow, who was left heartbroken by the emotional show. «Oh my, BB, you just [broken heart emoji].»

Channing Tatum and Jenna Dewan Tatum turned the concert into their own date night while Jenna proudly donned the singer’s Ivy Park tank top. «Everyone looked really happy,» an eyewitness told E! News. «Jenna and Channing were giggling and whispering to each other. They looked like they had great date night.»

Playing it cool. Photo by @guyoseary

Toward the front of the crowd, Amy Schumer had a picture-perfect view of the icon as she splashed her way through her hit «Freedom.»

«Playing it cool,» the comedian joked in a caption of a video of her belting along to the song. 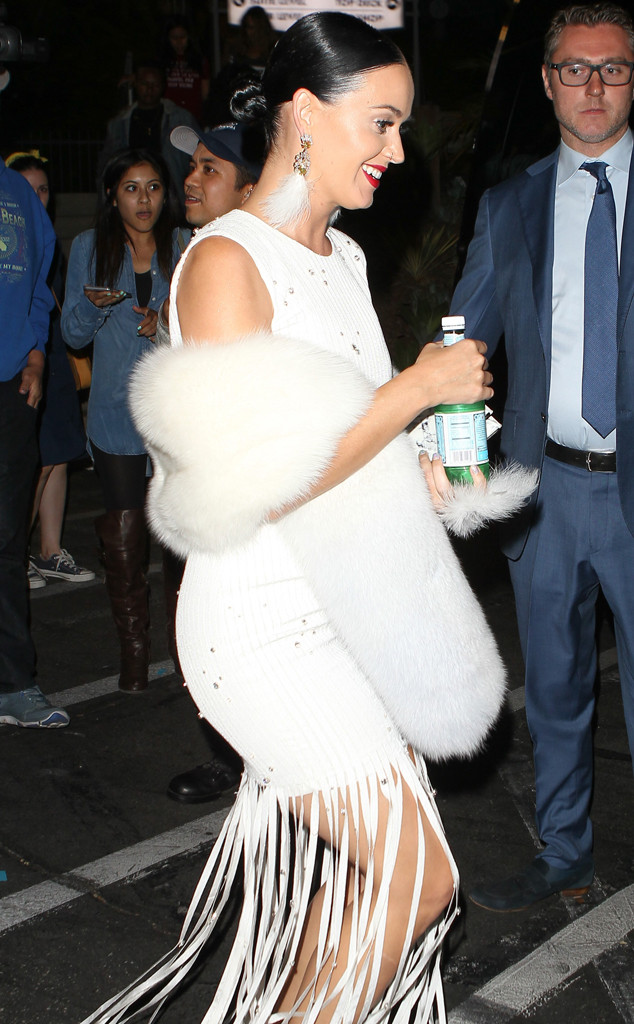 Fellow pop queens Katy Perry and Christina Aguilera could be spotted in the stands as well as Oscar winner Jennifer Lawrence.
However, according to an eyewitness, all three ladies decided to call it a night around 11 p.m. and left through a VIP exit with their respective pals. 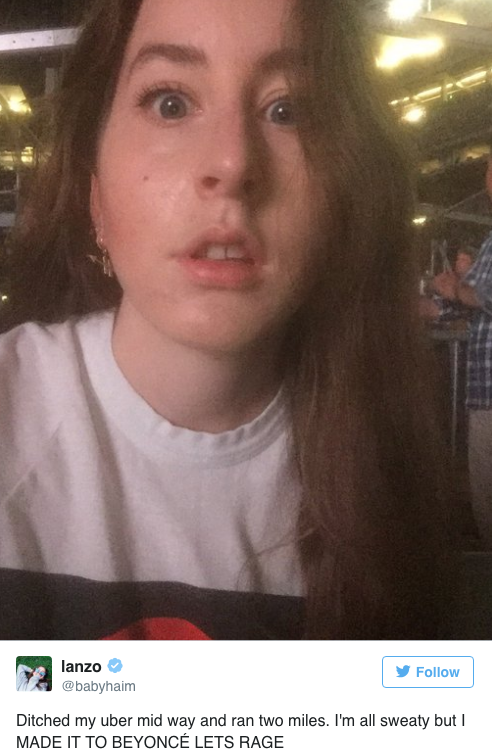 Haim sister Alana Haim got stuck in traffic, but was so dedicated to making it to the concert, she hopped out of her car. «Ditched my uber mid way and ran two miles. I’m all sweaty but I MADE IT TO BEYONCÉ LETS RAGE,» the 24-year-old tweeted.

It didn’t take long for Alana to feel all of the feels. «IM ALREADY CRYING,» she added.

Laverne Cox, who recently channeled Beyoncé for her Cosmopolitan spread, was not shy about praising the songstress. «I got in #Formation again last night. I was slayed again in the name in the church of @beyonce. Yasss Gawd!»She even showed off her best impression of Bey’s «Diva» moves with Knowles’ longtime choreographer, Frank Gatson, sitting right next to her. Check out that hair flip!

Taking the little ones to their first concert… All love.

Hollywood’s resident action star Vin Diesel had a special night out planned with his kids—where better to take them than to sing along to Beyoncé?»Taking the little ones to their first concert…» he captioned a photo with his daughter, Hania Riley Sinclair.

We can’t think of a better first concert.