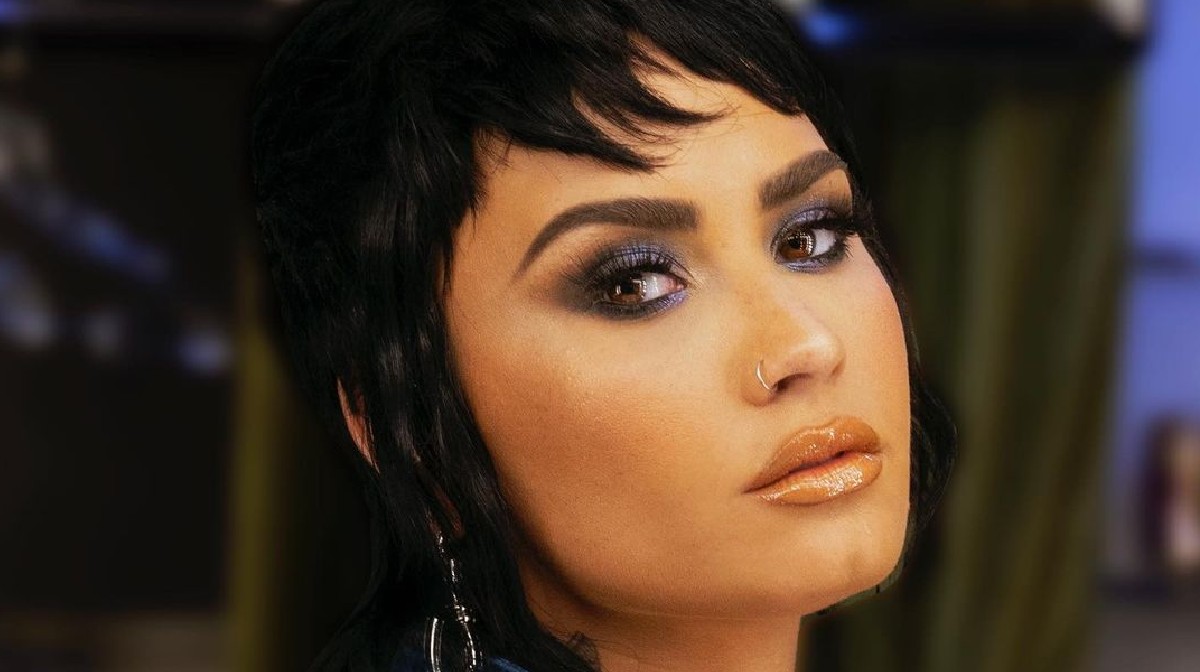 The day has finally arrived: Demi Lovato has officially gone (back to) pop-punk. On June 6, the singer (who uses they/them and she/her pronouns) announced she’s dropping their eighth album, Holy Fvck, later this year. This is the update Lovatics have waited for.

Last month, Lovato previewed their new single “Skin of My Teeth” and announced the single’s June 10 release. Lovato debuted an edgier, leather-inspired new look, and she’s keeping the goth vibes on Holy Fvck. The album cover features Lovato laying on a stained bed shaped like a cross while tied in what looks to be black straps up and down their body. There’s also a lot of red (perhaps a symbol for blood?) in the photo, including Lovato in an apparent red bodysuit. The image appears akin to an emo Crucifixion of Jesus.

Of course, as anyone who grew up watching Sonny with a Chance and Camp Rock after school on the Disney Channel will tell you, this is not Lovato’s first foray into pop-punk. Their debut 2008 album, Don’t Forget, and 2009 follow-up, Here We Go Agin, embraced pop-rock influences.

With Lovato (finally) back in their pop-punk era, here’s everything to know about Holy Fvck before it arrives and makes me grow out emo bangs.

According to a press release, Holy Fvck will be released on Aug. 19, and holy f*ck that’s so soon.

Lovato hasn’t announced the tracklist for Holy Fvck; however, the press release states it will be a 16-track record.

The lead single, “Skin of My Teeth,” will drop on June 10. A day earlier, Lovato will perform the single on The Late Show with Stephen Colbert. She teased snippets of the song on Instagram and TikTok in the past few weeks. The press releases states the song will showcase their “multi-faceted artistry and powerhouse vocals.”

The press release also states that Lovato will be offering an “earnest yet tongue-in-cheek retrospective.” How that will influence their sound, which appears to be rougher than her “Heartache” and “Cool for the Summer” days, is still unclear.

In a statement, Lovato called making Holy Fvck her “most fulfilling” album yet. “Never have I been more sure of myself and my music, and this record speaks that for itself,” they said. “To my Lovatics who have been rocking out with me since the beginning and those who are just now coming along for the ride, thank you. This record is for you.”

On June 6, Lovato released their latest teaser for the new era, which included footage from what appears to be both the “Skin of My Teeth” music video and behind-the-scenes moments.

This followed a series of rollout videos, including a TikTok from June 5 that seems to summarize Lovato’s mindset for Holy Fvck. “I’m pissing people off by owning my truth, and I’m f*cking okay with it,” they said in the video. “Just by being me.”