Miley Cyrus had a close call during her New Year’s Eve performance, almost finding herself topless on stage.

The American signer was mid-performance when she suffered something of an outfit malfunction, but reacted in time to save herself from featuring on front pages everywhere.

Cyrus was performing on NBC as pat of their New Year’s Eve special, and was singing her song ‘Party in the USA’.

To her credit, Cyrus brushed off the mishap as though nothing had happened, continuing to sing while walking towards the back of the stage with her back to the cameras, preventing any unwanted images surfacing. 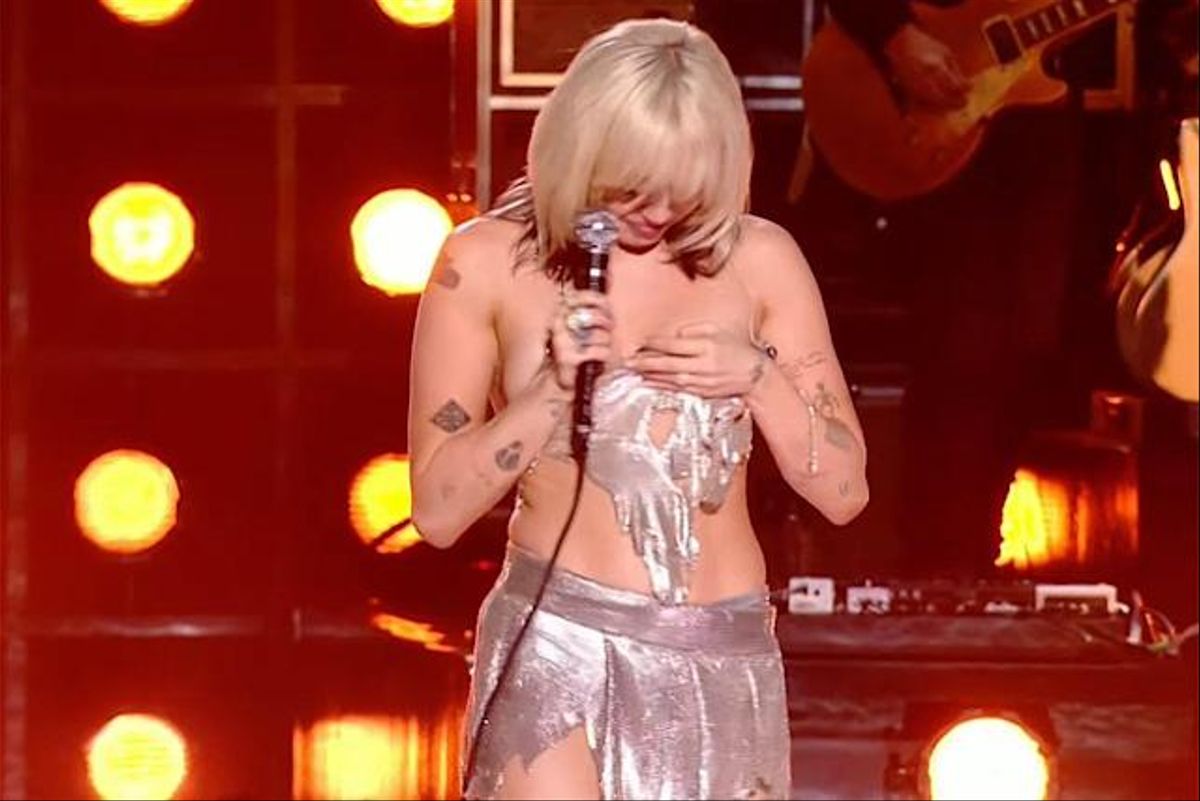 The program’s technical team were also swift in their response, cutting the camera away from the performance itself, instead showing a wider view.

Returning to the centre of the stage shortly after with a jacket on, Cyrus joked: «Everyone is looking at me now, this is the most clothes I’ve worn on stage.»