Adele has given a preview of ‘Hold On’, another new track from her upcoming album ‘30’, in Amazon’s Christmas advert.

The ad, which premiered today (November 8), is soundtracked by the gentle piano-led ballad. 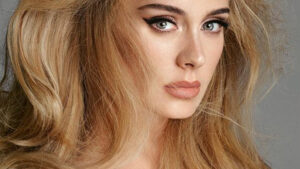 “I swear to god I’m such a mess / The harder that I try, I regress,” Adele sings on the track, adding later: “Right now, I truly hate being me.”

“Let time be patient / Let pain be gracious / Just hold on, just hold on / I will survive,” the pop star sighs towards the song’s end.

The commercial shares a message about anxiety, showing a woman sending a young girl who lives next door to her a present to help her with her struggles. “Kindness. The greatest gift,” reads the screen as the ad ends.

‘Hold On’ marks the second piece of new music from Adele that has been revealed in the lead-up to ‘30’’s release, following the October single ‘Easy On Me’. Last week, the star shared a blooper version of the latter’s video. “It’s all smoke and mirrors!” she wrote, captioning a post of the outtakes on social media.

Meanwhile, Adele will celebrate her new album with a UK TV special called An Audience With Adele on November 21. The singer will showcase material from the record along with some of her classic hits at the London Palladium. The show will be broadcast on ITV.

Ahead of that, the musician will perform on a two-hour US TV special, Adele: One Night Only, and be interviewed by Oprah Winfrey. That programme will air on CBS on November 14.

Fans will be able to see the megastar back on stage in the UK next summer when she performs two huge shows at London’s Hyde Park. Tickets for the gigs, which will be her first UK headline dates since 2017, have now sold out.