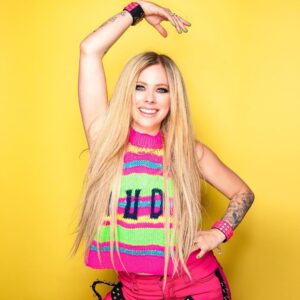 Avril Lavigne is kicking off a new era of her music career — under Travis Barker’s DTA Records — with a new single coming next week.

The pop-punk singer announced a new single called «Bite Me» on her social platforms Friday morning (Nov. 5), tagging Marshmello, whose involvement in the track is unclear.

Lavigne last released a full body of work in 2019, with her sixth studio album Head Above Water. She has been active nonetheless with singles and appearing on tracks for others like WILLOW’s «G R O W» and MOD SUN‘s «Flames» this year alone. After posting her label signing announcement on Instagram earlier this week, her caption asked fans a classic artist-to-fanbase question: «Should I drop my first single next week?» Needless to say, nobody seems opposed to it.