According to MTZ Kanye West is no more — that is, if he gets his way, and a judge grants him an official name change … to something much more to the point. 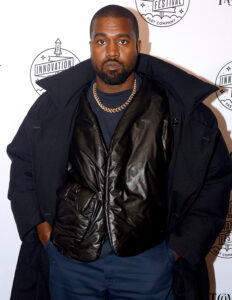 KW just filed legal docs in L.A. … asking a court to give him a new moniker in the books — going from Kanye Omari West to simply, «Ye.» Yes, the nickname he’s gone by for years and years now … dude wants that to be what Uncle Sam knows him by going forward.
Unclear what might go into the review process for this … but it seems pretty clear. If a judge signs off, then Kanye as you know him is a goner. It’ll be all Ye … all day.  Fact is, in California, unless there’s evidence a name change is designed to commit fraud or other shenanigans … the judge will approve it.  So, this will get a sign off by the judge.

It’s interesting — Kanye also wants to drop the «West» from his persona altogether too … which is kinda odd, considering he’s shown pride in his family heritage — and has often even called himself (both in person and in song) Mr. West. That too will be nixed if he gets the green light.