The song is Grande’s second leader, and second to launch at the summit.

Ariana Grande’s «7 Rings» shines atop the Billboard Hot 100, blasting in at No. 1 on the chart dated Feb. 2.The song is Grande’s second Hot 100 No. 1 and second to start on top, following «Thank U, Next,» which debuted atop the chart dated Nov. 17, and led for seven total weeks.Let’s run down the top 10 of the Hot 100, which blends all-genre U.S. streaming, radio airplay and digital sales data. All charts will update on Billboard.com tomorrow (Jan. 29).

«Rings,» released on Republic Records, arrives as the 1,083rd No. 1 in the Hot 100’s 60-year history, and launches as the week’s most-streamed and top-selling song.

Following the Jan. 18 premiere of the song and its official video, «Rings» debuts at No. 1 on the Streaming Songs chart with 85.3 million U.S. streams in the week ending Jan. 24, according to Nielsen Music. The sum marks the second-biggest streaming week ever for a song by a female artist, after Grande’s own «Next,» which drew 93.8 million, as reflected on the chart dated Dec. 15, following the premiere of its official video. (Drake’s «In My Feelings» holds the overall record: 116.1 million; July 28.) Grande earns her second Streaming Songs No. 1, after «Next.»

«Rings» additionally arrives at No. 39 on Radio Songs, with 27.5 million audience impressions in its first full tracking week (ending Jan. 27).

The song is the radio follow-up to «Next,» and follows the track «Imagine,» which debuted and peaked at No. 24 on the Hot 100 (Dec. 29). All three songs are from Grande’s forthcoming album, Thank U, Next, the follow-up to Sweetener, which bowed as her third Billboard 200 No. 1 in September.

Let’s ring up more facts about Grande’s new No. 1:

Grande entrance: «Rings» is the 33rd single to debut at No. 1 on the Hot 100, while Grande becomes just the fifth artist with multiple No. 1 starts, joining Mariah Carey, the leader with three, Justin Bieber, Drake and Britney Spears (two each).

In the Hot 100’s history, Grande is the first artist whose first two No. 1s have both debuted at the pinnacle.

Back at 1: Grande collects her second Hot 100 No. 1 just two months and two weeks after «Next» opened on top. That’s the quickest accumulation of leaders for an artist (in a lead role) since Justin Bieber’s «Love Yourself» hit No. 1 only three weeks after «Sorry» first reached No. 1 in early 2016. Among women, Grande lands the fastest succession of new No. 1s since Rihanna’s «What’s My Name?,» featuring Drake, hit the top spot on Nov. 20, 2010, and «Only Girl (In the World)» followed just two weeks later (Dec. 4).

‘Sound of’ No. 1: «Rings» channels the melody of The Sound of Music‘s «My Favorite Things,» and sports writing credits for the classic song’s iconic composers, the late Richard Rodgers and Oscar Hammerstein II. Along with Sound, the pair created beloved Broadway musicals including The King and I, Oklahoma! and South Pacific.

Post Malone and Swae Lee’s «Sunflower (Spider-Man: Into the Spider-Verse)» slips 2-3 on the Hot 100, after leading the Jan. 19-dated chart. The duet spends a fourth week at No. 1 on both Hot R&B/Hip-Hop Songs and Hot Rap Songs.

Mac Miller’s parents are reportedly attending the Grammys in his honour, with the late rapper being nominated in the Best Rap Album category.

The 61st Grammys  – hosted by Alicia Keys – will be held at Los Angeles’ Staples Center next month, after taking place in New York last year. Among the nominees are the likes of the likes of Shawn Mendes, Janelle Monae and Cardi B. Mac Miller, who passed away last September, is up for Best Rap Album for his 2018 album ‘Swimming’. Also nominated in the category are Cardi B (‘Invasion of Privacy’), Nipsey Hussle (‘Victory Lap’), Pusha-T (‘Daytona’), and Travis Scott (‘Astroworld’). Christian Clancy, who had managed Miller since 2013, said: “Managing Mac was about building a safety net around him – to allow him to be who he wanted to be, to make music that represented who he was without the fear of expectations or need for instant gratification. He had money and success but he craved importance: the ability to show depth, to cement a legacy.” Clancy concluded by saying that Miller “was a spark to so many people”, adding: “In a world dominated by ego, he led with the soul and lived by focusing on similarities rather than differences – that’s a lesson we all could use.”

The Killers were spotted in the recording studio in December, and now we know why. Brandon Flowers and his Las Vegas-bred outfit have released a new single titled “Land of the Free”.

Debuted on Zane Lowe’s Beats 1 program, the track sees The Killers taking a strong political stance, singing about what should be — despite Donald Trump’s warped views — the country’s commitment to freedom and diversity. “When I go out in my car, I don’t think twice/ But if you’re the wrong color skin (I’m standing crying)/ You grow up looking over both your shoulders,” Flowers sings on the piano-led song, which also features the stirring vocals of a gospel choir. He then goes on to comment on the broken criminal justice system of the US, specifically our prisons. “In the land of the free/ We got more people locked up than the rest of the world/ Right here in red white and blue/ Incarceration’s become big business, it’s harvest time out on the avenue.”

We got a problem with guns
In the land of the free
Down at the border, they’re gonna put up a wall
Concrete and rebar steel beams
High enough to keep all those filthy hands off of our hopes and our dreams

Take a listen to “Land of the Free” below via its music video, directed by Spike Lee, whom we recently crowned Filmmaker of the Year. For the video, Lee traveled to the U.S./Mexico border to capture scenes of migrant families.

In an interview with Lowe, Flowers dove further into the topics of gun reform and racially-charged police brutality:

I think it is a very important time right now and “enough is enough” was basically where it comes from. It started in my mind around when Sandy Hook happened and as a father, how that affected me, and then it just started stacking up. It was things like Eric Garner, Trayvon Martin, things like what’s happening at the wall. You know this stuff just didn’t seem to be in harmony with the values that I believe my country was founded on. I would start the song and then I would put it away and say, “I’m not the guy to do this.” Or I would feel inadequate, waiting for … Somebody’s going to write this song. And then it just piled up and I finally just, you know, Las Vegas, Orlando, Parkland and it just kept coming. It was just like I’ve gotta, have to get this out.

He also talked about collaborating with Lee:

It’s a Spike Lee joint. I never thought that I would be a part of a Spike Lee joint. I had just recently seen BlacKkKlansman and watched Do the Right Thing on an airplane. It was just like, “We got to ask him to do this video.” He said, “Yes.” And it was just an incredible thing to collaborate with him. He’s a master obviously. Some of these issues are obviously very close to his heart, and he just hit it out of the park, and it’s incredible.

The Killers’ last album came with Wonderful Wonderful from 2017. Speaking with Lowe, Flowers said the band’s new album will likely arrive in 2020. “In a perfect world, I could see the end of the year having something, but it’s probably more likely that it would be early 2020,” he explained.

Last year, they celebrated the 10th anniversary of Day & Age, as well as released a career-spanning vinyl box set.

0
Steve Carell is reuniting with The Office creator Greg Daniels for a new Netflix comedy series based on President Trump’s proposed Space Force.

The series is described as a workplace comedy centered around the individuals tasked with turning Trump’s dream into a reality. There’s only one problem; as an accompanying teaser trailer notes, their mission is rather unclear. “The goal of the new branch is to ‘defend satellites from attack’ and ‘perform other space-related tasks’…or something. This is the story of the men and women who have to figure it out.” Carell himself will star in Space Force, marking his first role as a series regular since wrapping The Office in 2011. According to The Hollywood Reporter, he’s set to earn a record-setting $1 million per episode.

Plans for the show first went into motion shortly after Trump rolled out the asinine idea in June 2018. After getting word of the project, Netflix quickly scooped up the rights and gave it a straight-to-series order. An episode count has not been determined as scripts are still being written, but if it’s anything like Carell’s space-themed sketch for SNL, we’re in for a real treat. 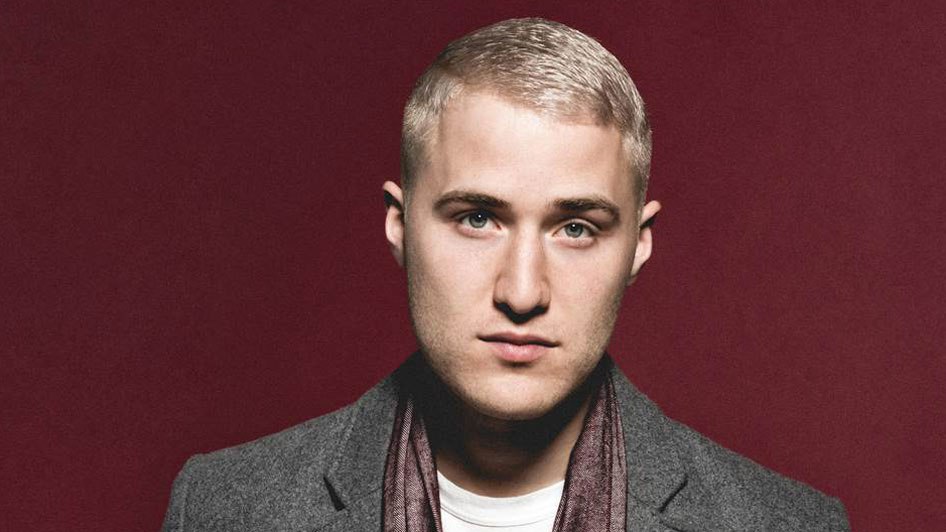 Mike Posner catalogs two years of tragic events but resolves to fight through his grief in new single “Move On.” The instrumentation is sunny: firm strums on guitar, a disco bass line, a resolute four-on-the-floor beat. But the “Move On” video contains footage of Posner’s father, who died after battling brain cancer, and the producer Avicii, Posner’s friend and collaborator, who committed suicide in 2018. The singer-songwriter also informs viewers that he broke up with his girlfriend and that he still cries sometimes when he’s by himself. Despite these obstacles, Posner remains committed to regaining equilibrium eventually. “I wish Tracy Chapman was my friend/ She would know exactly what to say,” he sings. “Beginnings always hide themselves in ends/ At some point I will be okay.” “Move On” will appear on Posner’s upcoming third album, A Real Good Kid, out January 18th. The singer-songwriter plans to implement an unusual promotional strategy: In March, he will start walking across America, beginning a nine-month journey that will start at the Atlantic Ocean and end at the Pacific.

Gary Oldman narrates a visual history of David Bowie’s 1974 Diamond Dogs Tour in this exclusive clip from the upcoming David Bowie Is mobile app that turns the acclaimed museum exhibitinto an augmented reality experience. The 1974 trek featured an amalgamation of “contemporary music and theatre several years ahead of its time” as Bowie worked with “a stellar lineup of theatrical collaborators quite unlike that of any previous rock tour,” Oldman says in the David Bowie Is app. The app allows users to comb through hand-drawn stage sketches and wardrobe ideas for the Diamond Dogs Tour.

“The tour’s dystopian cityscape aesthetic was inspired by George Orwell’s novel Nineteen Eighty-Four,” Oldman added before noting that midway through the trek, Bowie began to focus on his next LP Young Americans and soon stripped the dystopian elements from the stage show.

The David Bowie Is app arrives on January 8th, which marks what would have been Bowie’s 72nd birthday. The creators of the app revealed on Thursday that Oldman would provide the narration for the museum exhibit’s adaptation into the digital realm.

Bowie and Oldman were both born and raised in South London and first met in the late 1980s and became close friends; they appeared together in Julian Schnabel’s 1996 film Basquiat, and Oldman starred as a priest in Bowie’s controversial 2013 video for “The Next Day- “This brings the amazing David Bowie Is exhibition to a wider audience. It’s great that his fans get to experience it,” Oldman said in a statement. Additionally, the app features 3D renderings of Bowie artifacts that appeared when David Bowie Is resided in museums in London and Brooklyn.