The late icon’s family confirmed the news to ET in a statement, reading, «We can confirm that the funeral of the singer George Michael took place today. Family and close friends gathered for the small, private ceremony to say goodbye to their beloved Son, Brother and Friend.»  «George Michael’s family would like to thank his fans across the world for their many messages of love and support,» the statement continues. «We ask that the family’s wish for privacy be respected so that they can continue to live their lives privately, away from any media intrusion.»

Michael’s boyfriend, 40-year-old Fadi Fawaz, was spotted at the funeral, as well as his longtime neighbor, supermodel Kate Moss. Earlier this month, Darren Salter, the Senior Coroner for Oxfordshire, released a statement that Michael died of natural causes.

«As there is a confirmed natural cause of death, being Dilated Cardiomyopathy with Myocarditis and Fatty Liver, the investigation is being discontinued and there is no need for an inquest or any further inquiries,» the statement read.

Michael died on Christmas Day in 2016. His body was discovered by Fawaz in the singer’s country home in England. He was 53 years old.

Victoria Beckham has spent the past decade or so focused on her fashion empire — and she’s ready to sing again!

Beckham returned to music during a brief Carpool Karaoke-esque ride with James Corden as a part of a Late Late Show reboot of the 1987 film Mannequin. The late night host took on Andrew McCarthy’s role while the designer embodied Kim Cattrall’s part. During the bit, Corden and Beckham belt out the lyrics of the 1997 hit “Spice Up Your Life.”

On Wednesday, the 42-year-old style star showed fans on Snapchat a behind-the-scenes sneak peek of her TV appearance. “We are here about to film Carpool Karaoke!” she said, turning the camera on Corden.

Beckham, of course, first found fame as a singer as one of the five members of the Spice Girls. The group — who released their first single, “Wannabe,” in 1996 — is the best-selling female group of all time, with over 80 million records sold worldwide. Posh — as she was known in the group — is the first Spice Girl to take a ride in Corden’s Carpool Karaoke. She’ll join a long line of music stars to star in the segment, including (among others) Adele, Elton John, Demi Lovato, Nick Jonas, Gwen Stefani, Mariah Carey, Justin Bieber, Jennifer Lopez and Bruno Mars.

After the Spice Girls, Beckham attempted to launch a solo music career — with a self titled debut album released in October 2001. Despite three singles — “Out of Your Mind,” “Not Such an Innocent Girl,” and “A Mind of Its Own” — the album never hit in the U.S. market. Follow-up records in 2002 (Open Your Eyes) and 2003 (Come Together) were planned but never released. Her finale single, released in the U.K. in December 2003, was “Let Your Head Go” / “This Groove.”

After shying away from the spotlight, Jennifer Lopez and Alex Rodriguez are ready to take their relationship very public. On Friday, A-Rod finally opened up about their relationship (on national TV, no less), and it seems his new boo-thing was waiting in the wings during his interview on The View.

The two then stepped out together for lunch at Marea in N.Y.C., making their relationship status very clear in a pair of color-coordinating outfits. Lopez looked chic as always in a beige coat, platform pumps, and a coral handbag, pulling back her hair to show off a pair of large hoops. Her man was perfectly matching in a two-piece suit of the same color, pairing the smart ensemble with a white collared shirt and brown suede shoes.

Earlier in the day, Alex opened up about his relationship with Jen for the first time during an interview on The View.

She’s an amazing, amazing girl. One of the smartest human beings I’ve ever met, and also an incredible mother,” 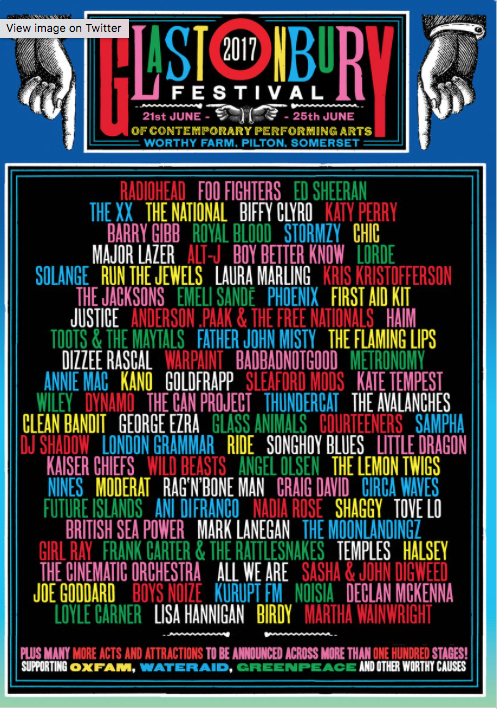 If you thought the 2017 Glastonbury Festival was already stacked thanks to headliners Ed Sheeran, Radiohead and Foo Fighters, wait until you see who else they have lined up for this year.

The likes of Katy Perry, Major Lazerand Solange are just a few of the big-ticket artists who were announced in the first wave of acts for the U.K. fest Thursday morning (March 30). Also joining the bill are Lorde, The xx, Barry Gibb, Run the Jewels, Father John Misty, The Flaming Lips, Haim, Alt-J, Stormzy, Clean Bandit, Anderson .Paak, Glass Animals, George Ezra… the impressive list goes on, with even more to be announced in the near future.

Glastonbury Festival will take place at Worthy Farm in Pilton, Somerset, England, from June 21-25. Tickets for this year’s event are sold out (and have been since October), but for more information on the festival, visit Glastonbury’s official website. 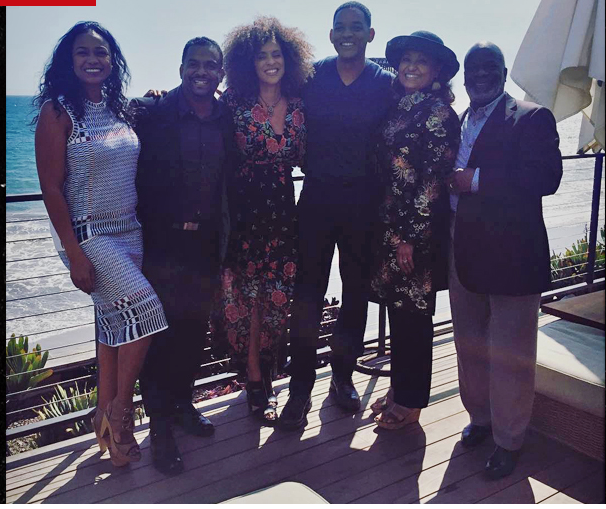 Will Smith and the rest of the ‘Fresh Prince‘ cast didn’t just reunite to chat about old times, they did it to raise big money for charity

Karyn Parsons, aka ‘Hilary,’ tells us the luncheon — with Tatiana Ali, Alfonso Ribeiro, Will, Daphne Maxwell Reid and Joseph Marcell — went down Monday at Nobu in Malibu. Karyn says her castmates broke bread with a family from England that won a charity auction.

She says the money will support her organization, Sweet Blackberry, … which makes educational animated shorts about African-American history. Karyn wouldn’t say how much the Brits dropped for the all-star meal, but let’s face it any meal at Nobu — WITH Will Smith — can’t come cheap.

She added it was bittersweet because of the absence of James Avery, who died in 2013. 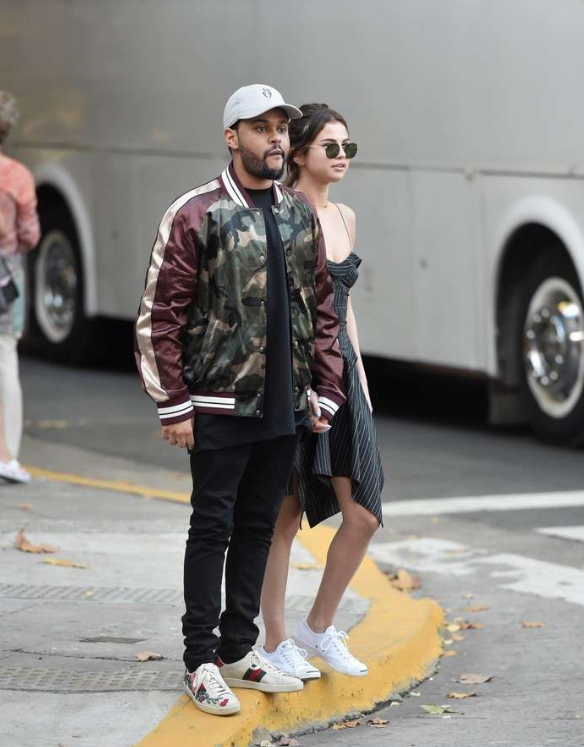 Selena Gomez and The Weeknd can’t get enough of each other!

The 24-year-old actress and her 27-year-old boyfriend singer looked cute in matching all black outfits as they were left date night at the Boris Jazz Club on Tuesday night (March 28) in Buenos Aires, Argentina. Earlier that day, Selena and The Weeknd were spotted doing some sightseeing around town as they held hands and took cute selfies together. Selena recently flew down to Brazil to join The Weeknd on the South American leg of his Starboy Tour.

Fetty Wap got robbed early Sunday in his hometown, and it sparked a shootout which sent 3 people to the hospital … TMZ has learned.

Sources close to the situation tell us Fetty had a chain and cash snatched while he was in Paterson, NJ. Law enforcement sources tell us cops were dispatched to Montclair Ave and Paxton Street around 5 AM over a fight with shots fired. Sure enough, they located 2 guys nearby with gunshot wounds — 1 was shot in the leg and another in his torso. A 3rd man thought to be involved checked himself into Hackensack Medical Center soon after. Fetty is not one of the victims.Law enforcement tells TMZ an investigation is underway into the shooting, but no robbery has been reported. It’s unclear whether Fetty was directly involved in the shootout.

We’ve reached out to Fetty’s camp … so far, no word back. 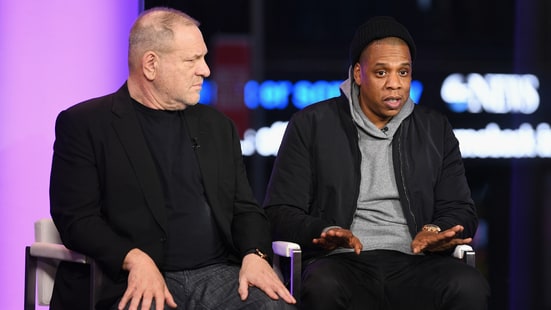 Jay Z and film studio Weinstein Company are teaming up to helm movie and television projects about Trayvon Martin, the unarmed teenager who was killed by George Zimmerman in 2012, Variety reports.

«His death is here to teach us to save a generation of kids,» rapper says of six-part series. «It’s hard to watch, but important to see»

Jay Z recently acquired the rights to two books ­– Suspicion Nation: The Inside Story of the Trayvon Martin Injustice and Why We Continue to Repeat It by Lisa Bloom and Rest in Power: The Enduring Life of Trayvon Martin authored by Trayvon’s parents Sybrina Fulton and Tracy Martin – which will serve as the basis for the projects.

Suspicious Nation is told from the perspective of covering the Zimmerman trial for NBC. Zimmerman, a neighborhood watch member in the Florida community where he and Martin both lived, shot and killed the unarmed 17-year-old. Zimmerman was acquitted on a second-degree murder charge after claiming he shot Martin in self-defense. The verdict sparked protests nationwide. Rest in Power reflects on Martin’s childhood and the aftermath following the death of Sybrina Fulton and Tracy Martin’s son.

The planned works include a six-part docuseries that Jay Z will produce and a narrative feature film that will be developed by the studio.

Jay Z has been a strong advocate in seeking justice and speaking against inequality in recent years. In 2013, he and Beyoncé participated in a rally for Martin in New York. Last year, Jay Z tackled police brutality in his protest song «spiritual» and his Tidal company donated $1.5 million to Black Lives Matter-related causes.

Earlier this month, Jay Z and Harvey Weinstein discussed the six-part documentary series Jay Z executive produced, Time: The Kalief Browder Story, which delves into the need for criminal justice and prison reform during an event at Spike TV’s New York studios. Browder was arrested at age 16 for allegedly stealing a backpack and spent more than 1,000 days at the notorious prison facility Rikers Island without a trial. He later took his own life at age 22.

Instagram just made a big change to how it handles ‘sensitive’ content. The app will soon begin to blur out photos and videos that have been deemed «sensitive.» Users will still be able to view the images but will need to take the additional step of tapping on the post in order to see them.

It’s not clear what types of «sensitive» content will earn your post the new treatment. It doesn’t sound like the company is changing any of its policies but rather hoping to use the new «sensitive» filter as a kind of compromise when some users find something offensive even if it doesn’t violate Instagram’s guidelines. 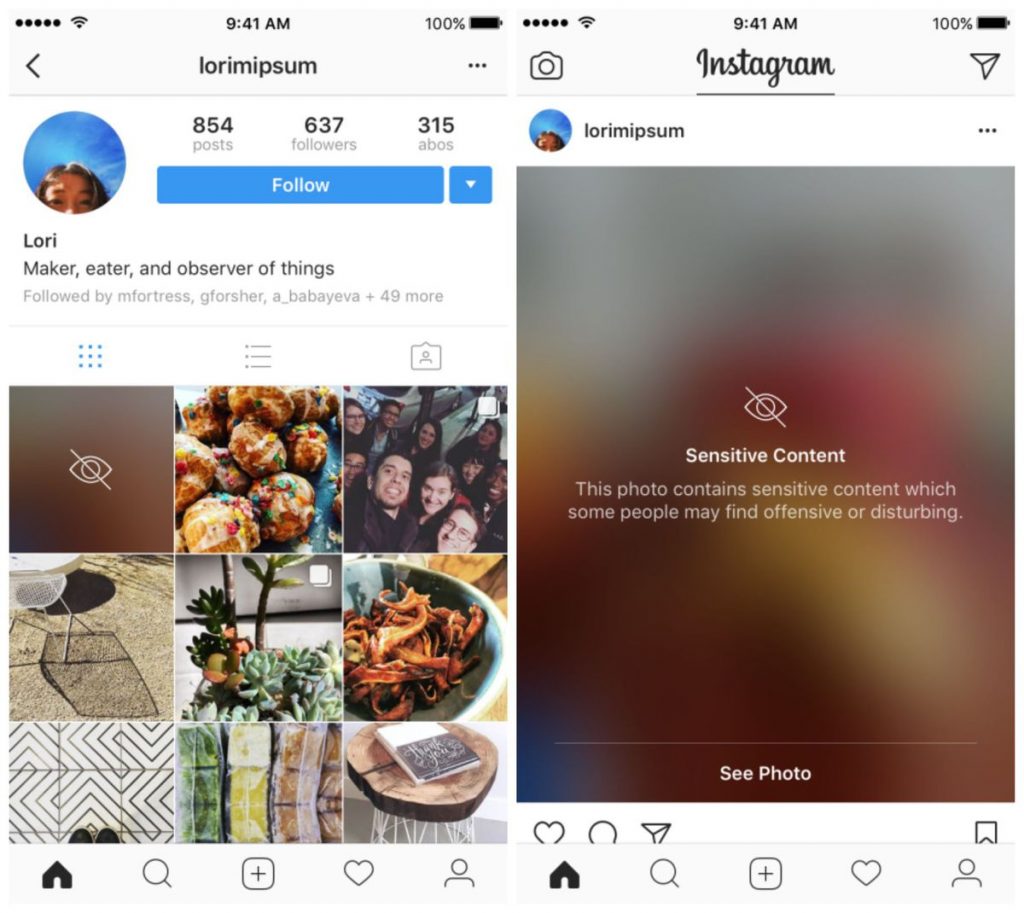 «While these posts don’t violate our guidelines, someone in the community has reported them and our review team has confirmed they are sensitive,» Instagram CEO Kevin Systrom wrote in a blog post announcing the change. «This change means you are less likely to have surprising or unwanted experiences in the app.» Instagram has long struggled with how to deal with this issue, particularly when it comes to nudity. The app has come under fire a number of times over the years for removing photos some users found offensive, even though they didn’t actually violate the app’s guidelines.

An account called genderless nipples went viral earlier this year, highlighting the app’s complicated history with female nudity. Instagram has also come under fire in the past for removing photos of women with period stains on their pants, «butt selfies» and illustrationsthat depicted nudity. System also revealed that Instagram is finally, finally, finally opening up two-factor authentication to everyone. The app first introduced the feature more than a year ago, but hadn’t opened it up more broadly until now, for some reason. 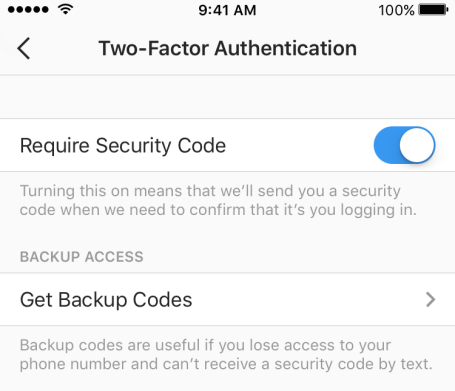 Systrom also revealed that Instagram is finally, finally, finally opening up two-factor authentication to everyone. The app first introduced the feature more than a year ago, but hadn’t opened it up more broadly until now, for some reason.

Finally, as part of the ongoing effort to make Instagram «a safer, kinder community,» the company is organizing a series of «InstaMeets,» global meetups for Instagram users to meet in real life.

This article originally appeared on Mashable 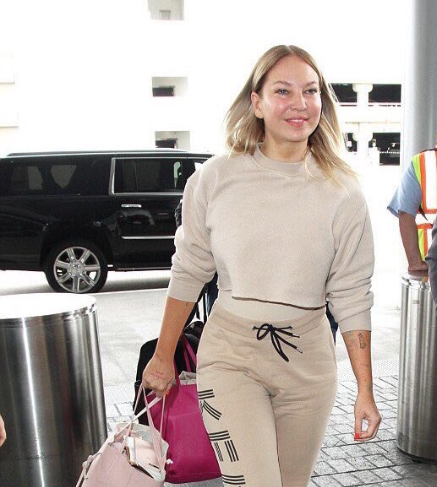 The usually private singer shocked photographers as she walked through LAX Thursday, without wearing her usual, face-covering wig.  While she made her way to catch a flight to Dubai, the paparazzi were quick to take pictures of her seldom-seen punim.

The «Elastic Heart» singer previously explained her desire to hide her face when she appeared in James Corden’s «Carpool Karaoke.» As a recovering alcohol and drug addict, Sia found herself getting increasingly famous due to her talent and she found it «destabilizing.»

Fans expressed encouragement and, er, other sentiments, about Sia’s decision to go wig-less: 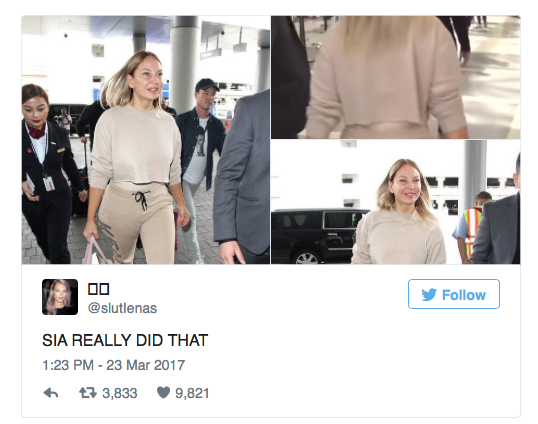 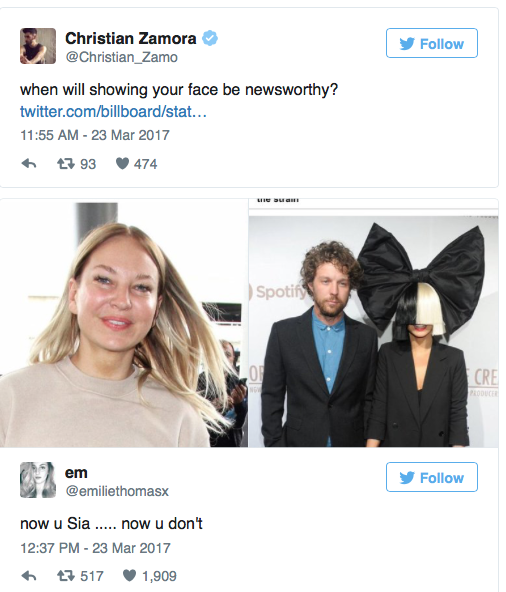 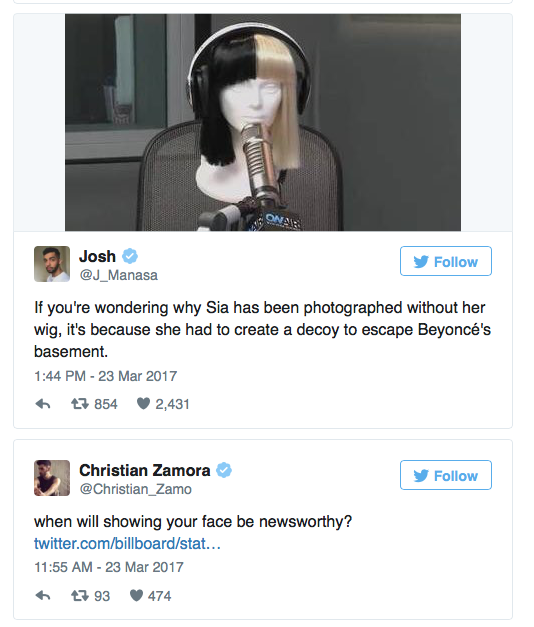